The first round of the European Youth League U-14 championship has ended, in which the participating teams played 5-5 matches. The team Georgia 2008 composed of players of Georgian clubs participates in the tournament, which returned from the capital of Estonia with 2 victories.

Georgia 2008 gained a lot of experience from the matches held in Tallinn, which will help its members to develop and improve the game. It is the exact goal of the Georgian National Basketball Federation, to create favorable conditions and arena for the younger generations to master their skills.

Our U-14 team defeated Estonian Tartu and Latvian Ridzene in Tallinn, while they lost to Finnish Puhus, Latvian Bertans and Polish Komorov. The defeat with the Polish team was especially sad. Our team coached by Milos Gligorijevic lost the match with 1 point – 51:52 (Statistics).

An award ceremony was held after the first round matches. The organizers named the best players of each team along with various standard titles. From Georgia 2008, this title went to Mate Khatiashvili, who played convincingly in all five matches. He averaged 20.2 points, 4 rebounds and 2 assists.

The second round matches will be held on December 26-29 in Vilnius, the capital of Lithuania, and the third, decisive round will be hosted by Tallinn again. With 2 wins and 3 losses, Georgia 2008 is in the 7th place so far, while there are 16 teams participating in the tournament in total. 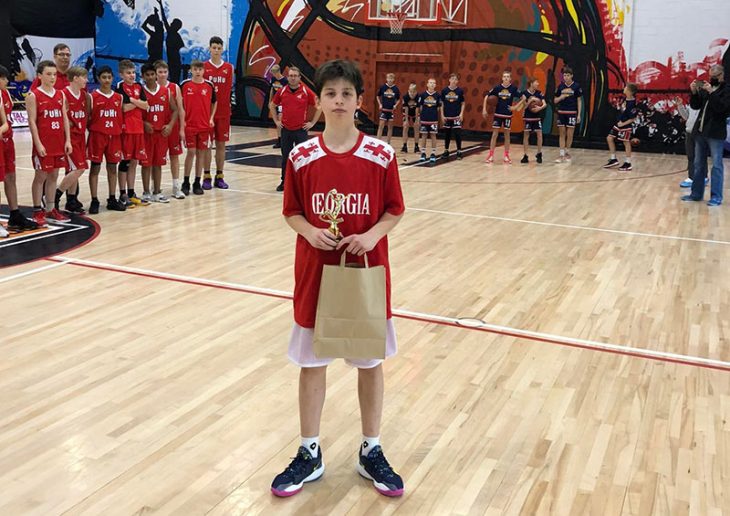