Basketball clubs Kutaisi and Olimpi will meet in the Georgian Cup final. These teams have won the semifinals of the Final Four held today at the Olympic Palace and will face each other tomorrow, April 27, for one of the most prestigious basketball titles in our country.

Olmpi has never won the Georgian Cup, but this title is well known for Kutaisi. Imereti club has won the cup in 2014, 2017 and 2018 and will try to win this title for the fourth time.

Kutaisi will face a big resistance, because Olimpi coached by Davit Rogava is in excellent shape and, most importantly, is focused on fighting. In the semifinal match held today against Rustavi, which is the first place-holder in the Super League regular championship, Rogava’s team showed a classic example of fighting. However, Olmpi did not win only with dedication and courage. Thanks to the right tactics, Olimpi managed to defeat Rustavi, which has the least losses in the current season. shortly, Olimpi played the best match of the season and defeated a strong opponent in a principled match. 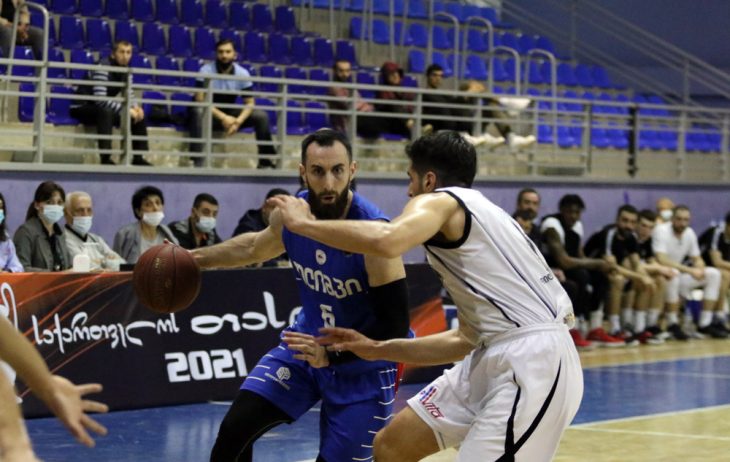 It is difficult to attribute victory to one particular player when the whole team has played brilliantly. A captain – Kakkha Jintcharadze led Olimpi with his usual universality, succeeding both in long-range shots and fast attacks. He was also incomparable in defense and was a great help to the team with his stability. Kakha’s teammates did their best as well and contributed a lot to the victory, but Donovan Smith should be distinguished with his efficiency. He guaranteed Olimpi’s win.

The numbers speak for themselves: Smith scored 14 (!) Points in the first 5 minutes of the last period: 4 three-pointers and one two-pointer. Before he shot the first ball, in the first minute of the last period, Olimpi was winning by 4 points, and when he scored his 14th point, the difference was 19 points, four minutes before the end of the match. In a word, Smith, who is the nominal center, went up to the perimeter and scored all three points, thus doomed the Rustavi team to lose. Qvemo Qartli coached by Anatoli Boisa tried a lot, took minute-breaks and gave tactical tasks to his teams, but in the decisive period his team was threatened from where they least expected it.

Until the final quarter, the fight was more or less equal, and the turning point was Smith’s 5-minute brilliant period. His total score is 14 points accumulated in this section, he also had 5 rebounds and 1 block. Jintcharadze was the most effective with 20 points, 10 assists, 5 rebounds, 2 steals and 1 block. Michael Davis had a triple-double in Rustavi: 16 points, 11 rebounds, 11 assists. 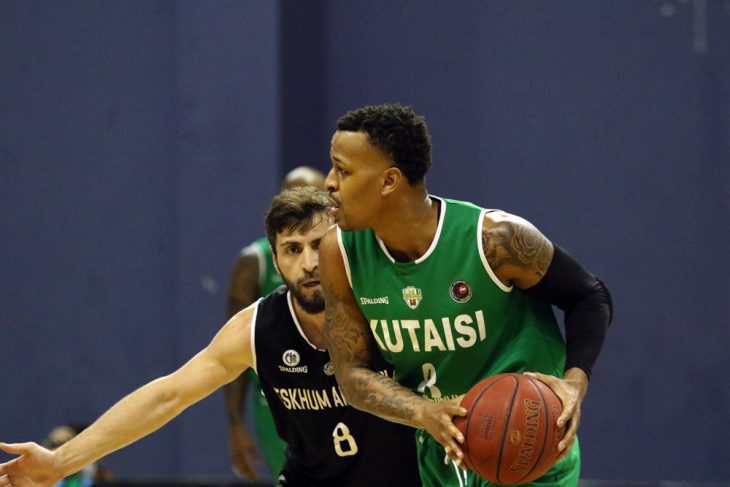 In the second semifinal match, Kutaisi coached by Kote Tughushi defeated Tskhum-Apkhazeti convincingly and joined Olimpi in the final. Three legionnaries played for the first time after a long period in Imereti club. Due to injuries, Kutaisi lacked 2 foreigners and sometimes – 3. Only Kaheem Ransom did not play in today’s match, but De Juan Wright, Joel Almeida and Luke Moyer were able to enter the court and precisely thanks of their reffectiveness, Kutaisi did not suffer in this match.

There was more or less a fight in the first period, before the Kutaisi team gained an important advantage. The Imereti club won the second period 17:10 and went to the big break with a 15-point lead. We mentioned the Legionnaires above, and two of them, Joel Almeida and Luke Moyer scored 5 three-pointers each. Kutaisi didn’t have troubles maintaining such lead, thus, the situation didn’t go tense on the court.

Covid-situation is still not stable, but according to the regulations, the boys’ professional basketball tournaments (Super League, “A” League, Georgian Cup) are going according to plan.

The title match of the Final Four will be held at the Olympic Palace on April 27, at 17:00. The final match will be broadcast on the official website of the National Basketball Federation, as well as on Facebook and Youtube. 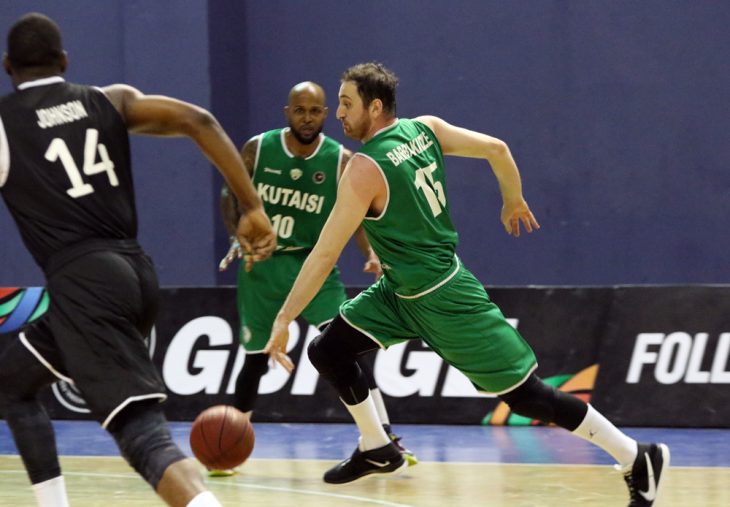 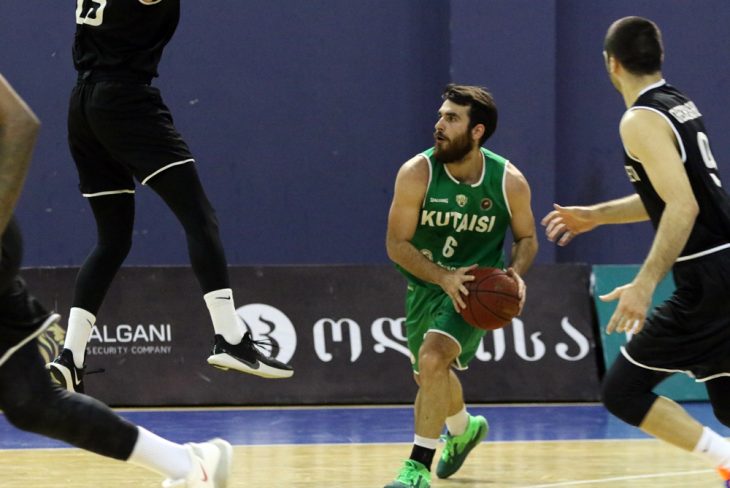 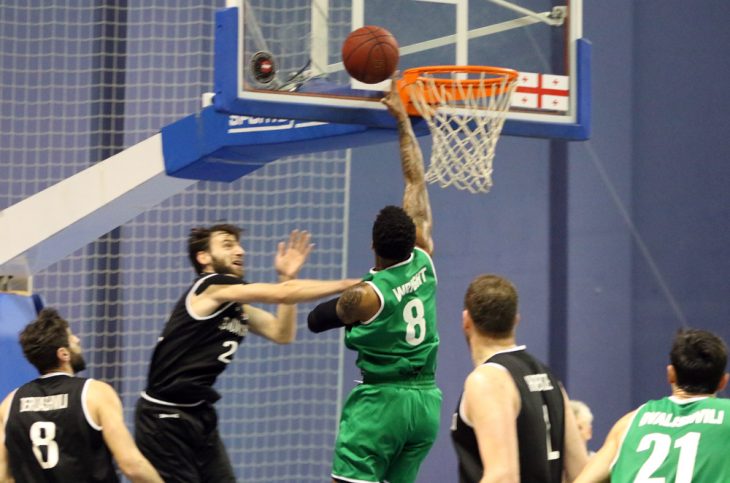 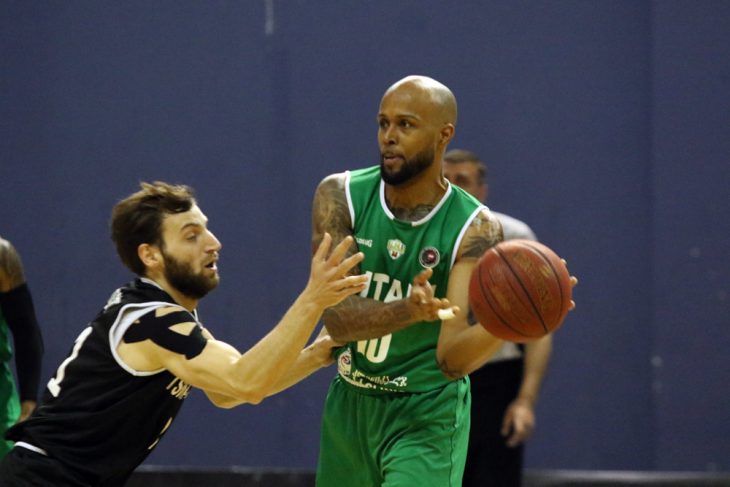 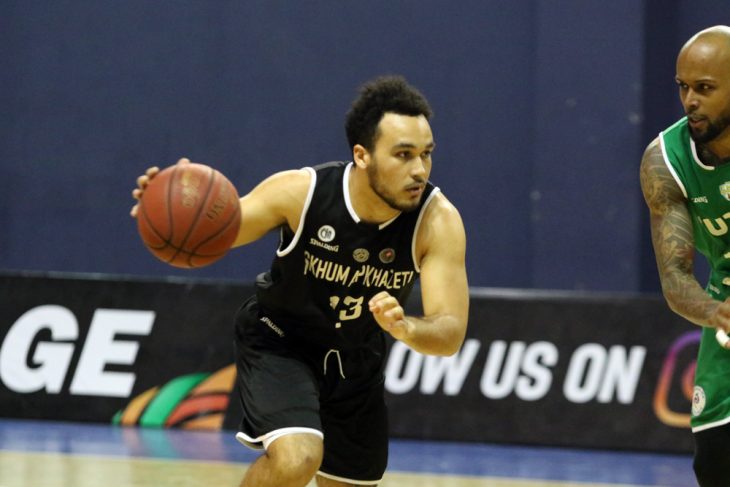 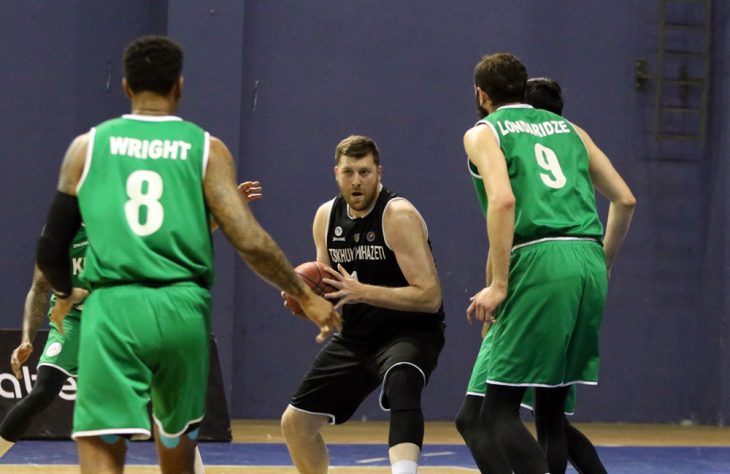 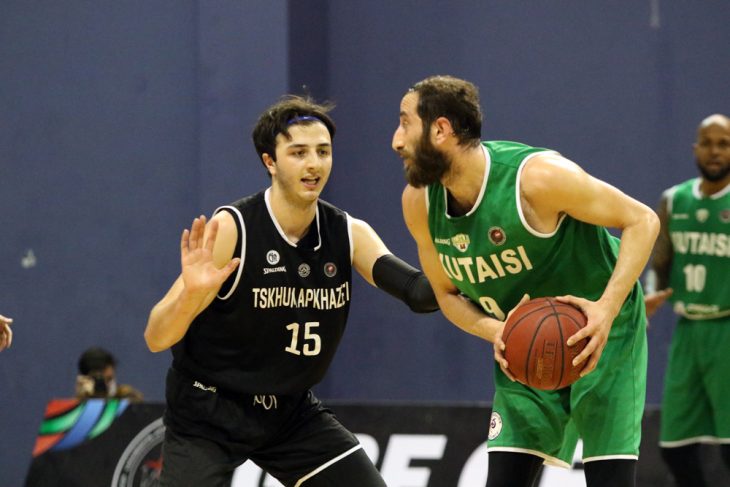 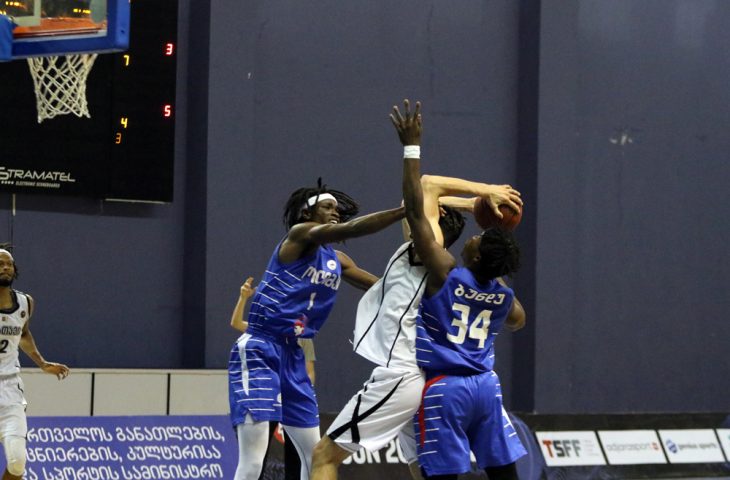 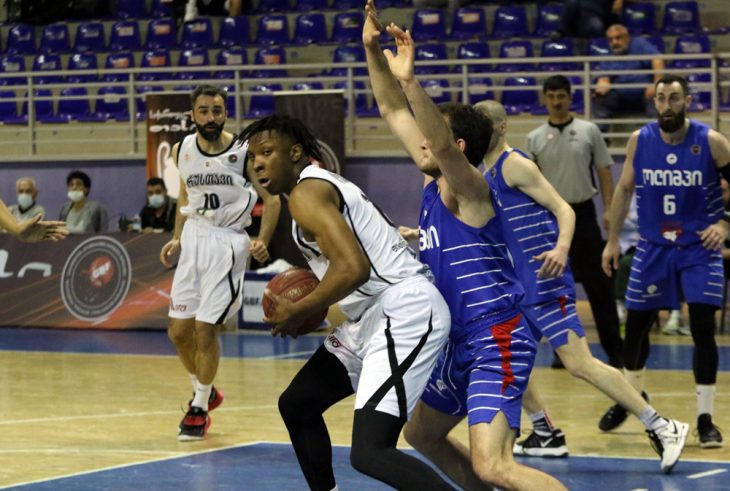 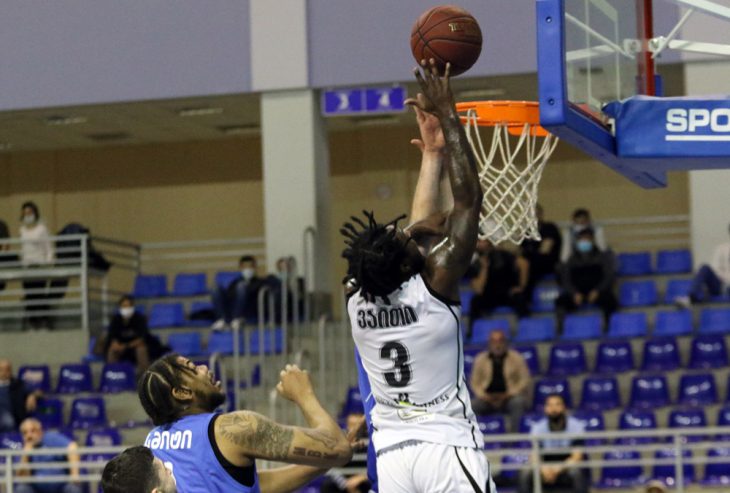 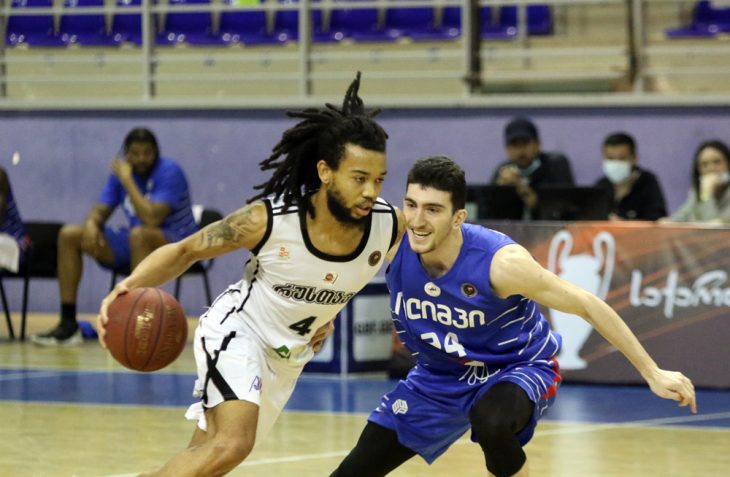 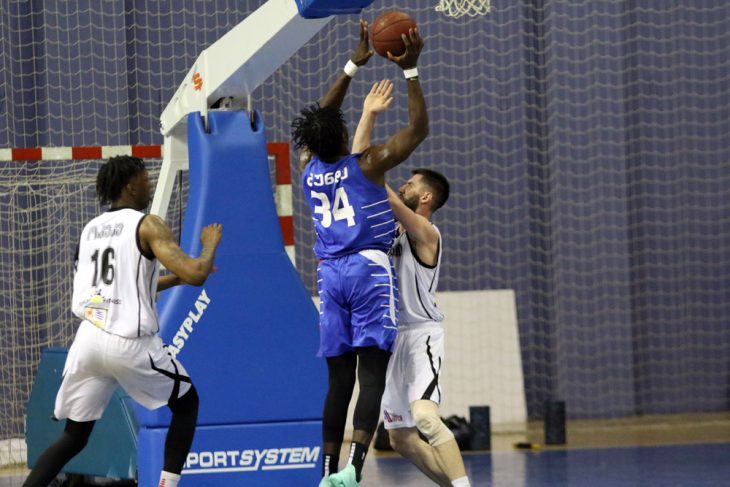 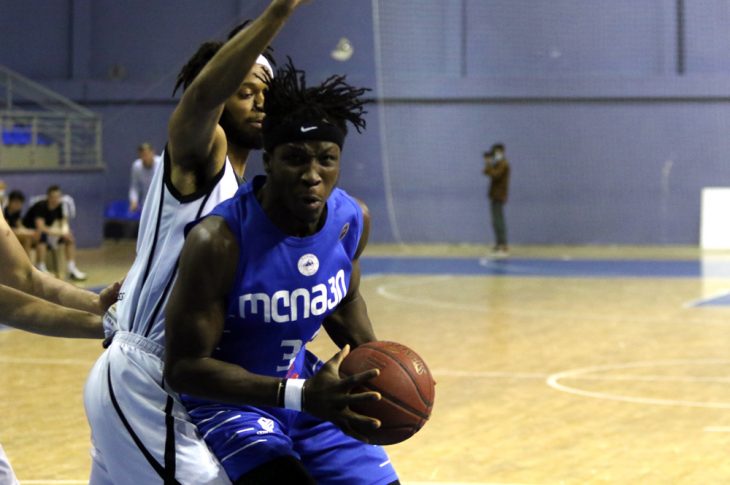 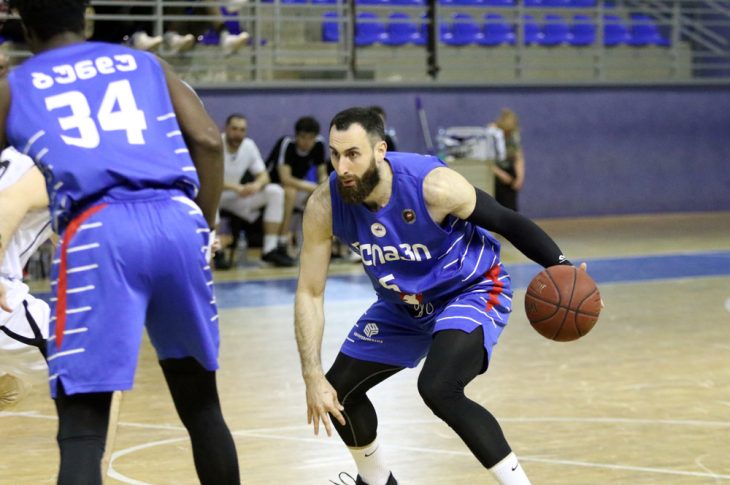 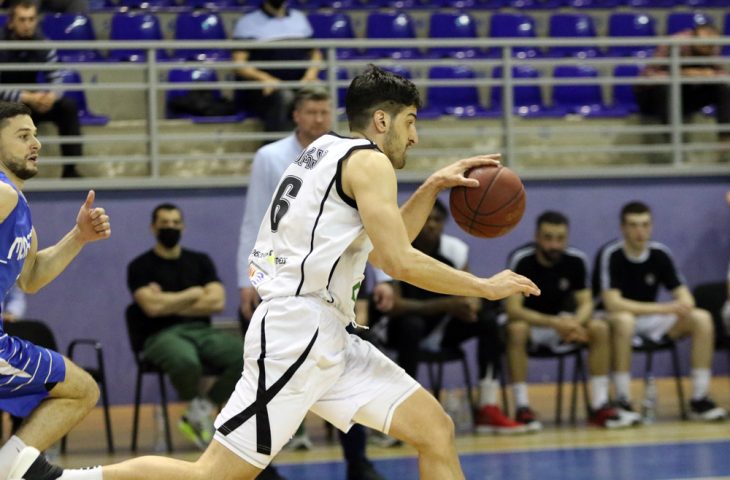