BERLIN (Germany) – The co-hosts of the FIBA EuroBasket 2022 passed the torch to the organizers of the 2025 edition of the competition, which will be held in Cyprus, Finland, Poland and Latvia, in an official handover ceremony.

The symbolic ceremony took place on Sunday during the halftime of the Third Place Game between Germany and Poland, with the 2022 hosts passing their duties to their successors.

Poland was confirmed as the fourth host of the 42nd edition of FIBA EuroBasket by the FIBA Europe Board on Saturday, while the other three organizers were approved by the Board earlier.

The 42nd edition of the FIBA EuroBasket will be the fourth to implement the multi-hosting format since it was introduced in 2015.

The Group Phase of the event will be played in Cyprus, Finland, Poland and Latvia, with FIBA EuroBasket 2025 set to conclude with the Final Phase in the Latvian capital Riga. 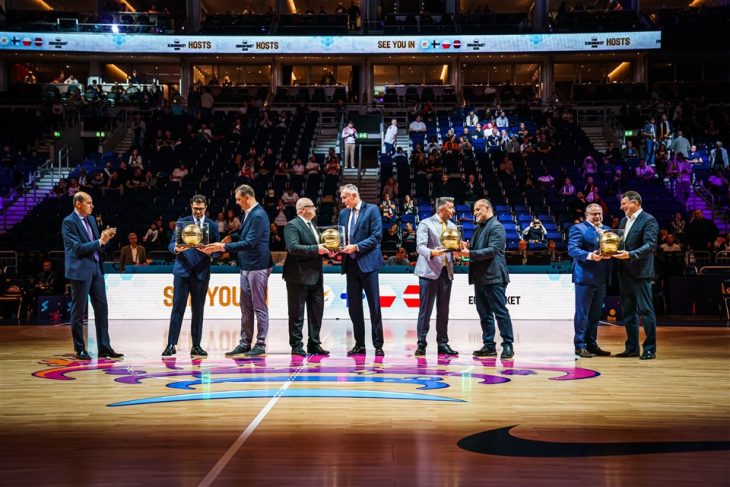