The semi-finalists of the memorial tournament of Georgian Olympic champions Zurab Sakandelidze and Mikheil Qorqia are known. TSU and Cactus joined Vera and Kutaisi in the playoffs today, who were paired in the semifinals as follows: Vera – Cactus, Kutaisi – TSU.

Today, in two of the 4 matches held at the Olympic Palace, the semi-finalists had to be revealed, and in other two matches, the intrigue was lost. Consequently, the unmotivated matches took place without undue tension and emotions. Titebi trained by Manuchar Markoishvili defeated last year’s winner of the memorial and current leader of the Super League – Rustavi  84:69 (Statistics). Rustavi lost its chance to reach the semifinals with a defeat against Vera, as well as Titebi, so the teams stuck in the group was devoid of fighting spirit.

The meeting between Dinamo and Mgzavrebi was the same. Both of them lost against Kutaisi and didn’t have chances to take the first place in the group. Mgzavrebi played with 9 players and lost 78:87 (Statistics).

The confrontation between Cactus and Tskhum-Apkhazeti turned out to be extremely tense. 3-point lose and better result would work for Cactus, while Tskhumi had to win by at least 7 points to take the first place in the group, otherwise, Mega would leave the group instead of them. The latter defeated Tskhum-Apkhazeti by 5 points, but lost to Cactus by 4 points and was no longer dependent on itself.

It happened so that Tskhum-Apkhazeti was losing to Cactus throughout the game and managed to advance slightly in the last 2 minutes, however, as mentioned above, they needed to win by 7 points. 15 seconds before the final siren, Tskhumi’s player Zura Machaladze was making a free-throw and he missed it on purpose to get the ball again. His action was justified, Tkhumi rebounded ball, moved it to the back line and Tyler Green shot a three-pointer, however, he missed it and eventually, Tskhumi lost Cactus with just 3 points  – 66:69 (Statistics). If Tskhumi scored that three-pointer, Mega would have left the group.

So all three participants in Group D accumulated one win-loss and the best was revealed by the ratio of balls. Cactus and Mega had an equal ratio (+1), while Tskhum-Apkhazeti took the third place with a ratio of -2. The winner between Mega and Cactus was decided according to a personal meeting, which Cactus had won, and the team trained by Archil Zhgenti advanced to the semifinals.

Finally, the fourth semifinalist was revealed as well. TSU trained by Lekso Lapanashvili defeated Olimpi 96:88 (სტატისტიკა) and reached the playoffs by taking the first place in the group. The University team was winning throughout the game. They played together in a disciplined and correct manner, which was reflected in the result. Quentine Dove led the winners with 4 three-pointers, 6 two-pointers and 6 free-throws. He is equally dangerous both under the cover and from the perimeter. Eventually, he collected 30 points and 9 rebounds.

The winning teams in the Memorial semifinals will qualify for the title match. The final match of Zurab Sakandelidze and Mikheil Qorqia Memorial will be held in their native city Kutaisi on January 24, at 15:00. 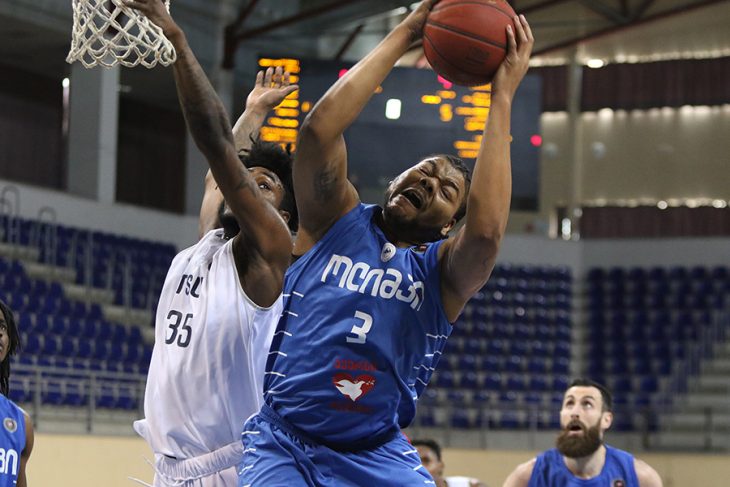 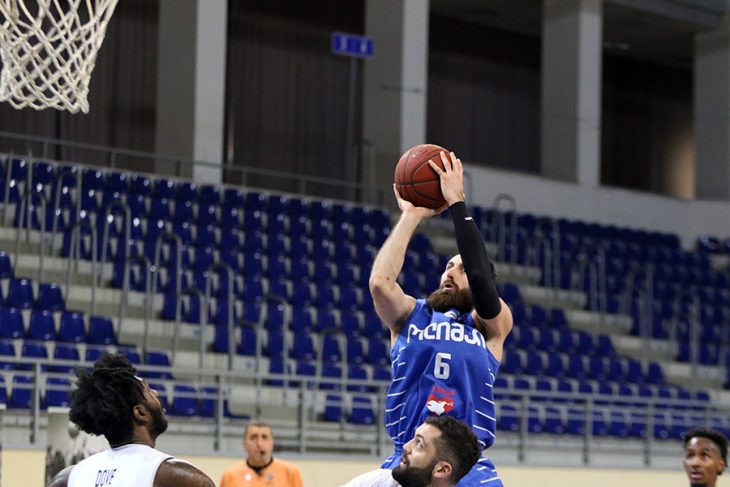 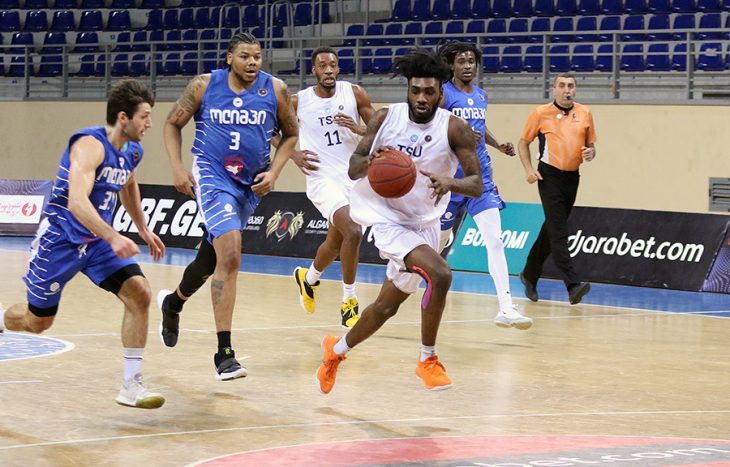 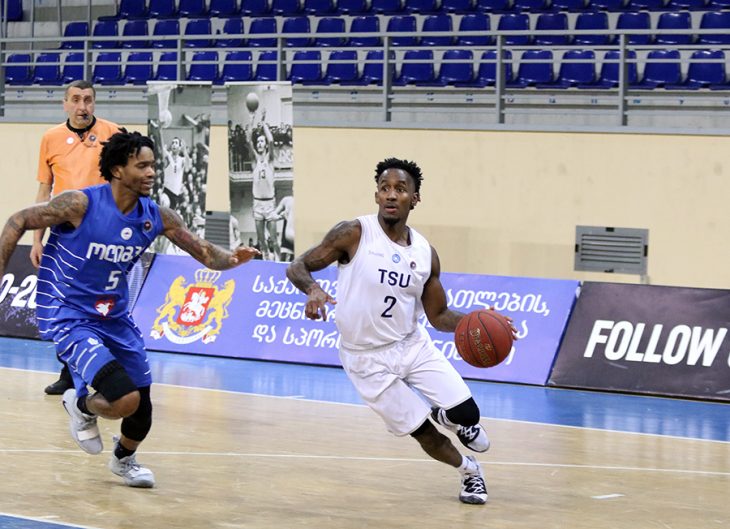 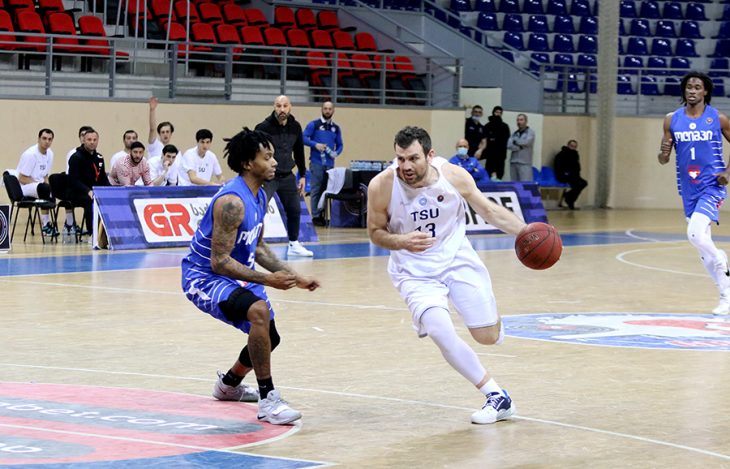 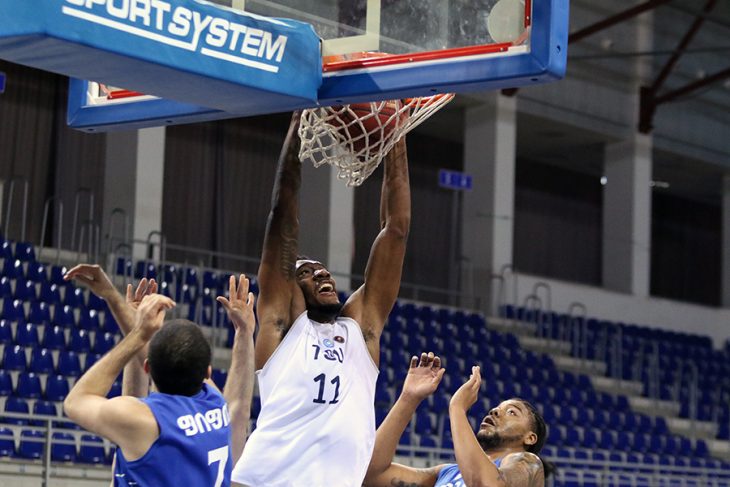 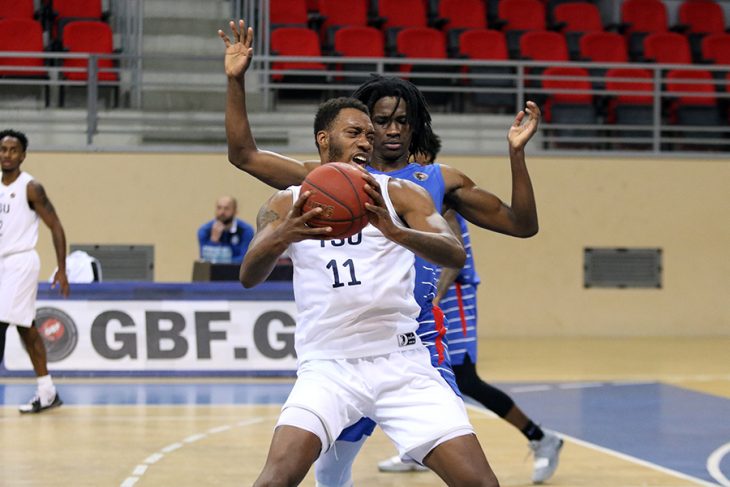 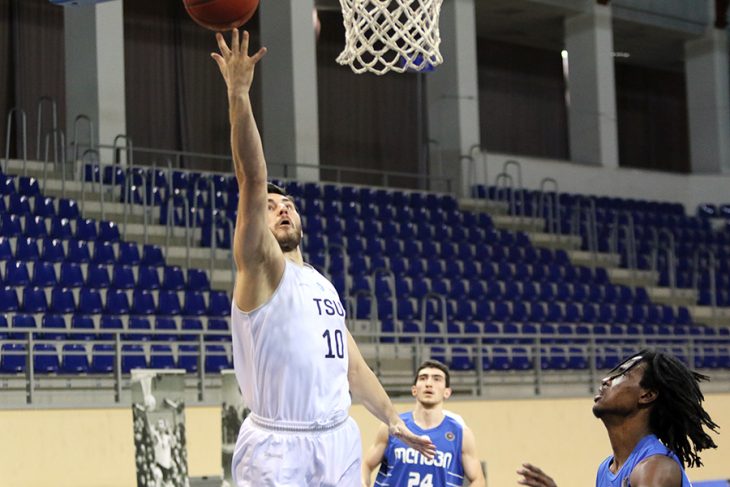 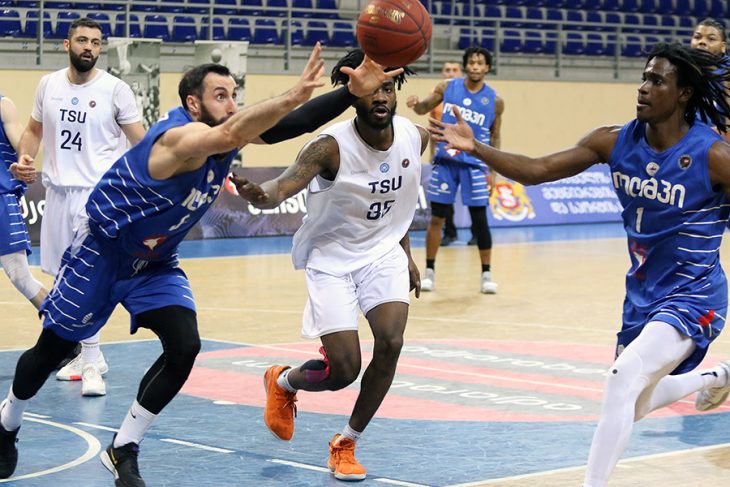 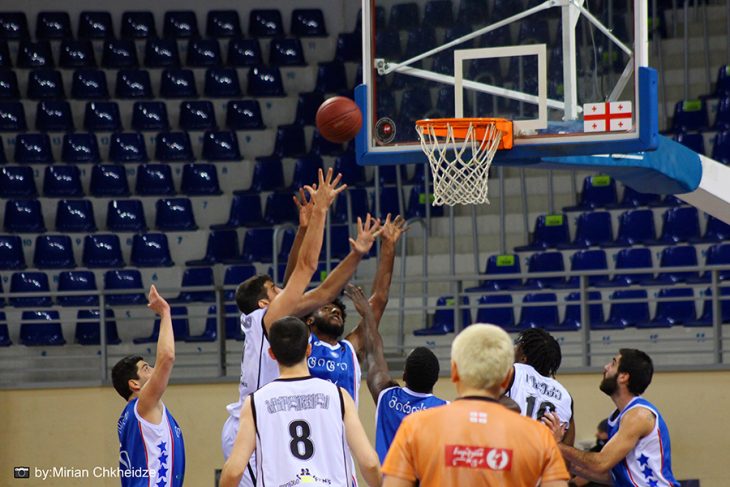 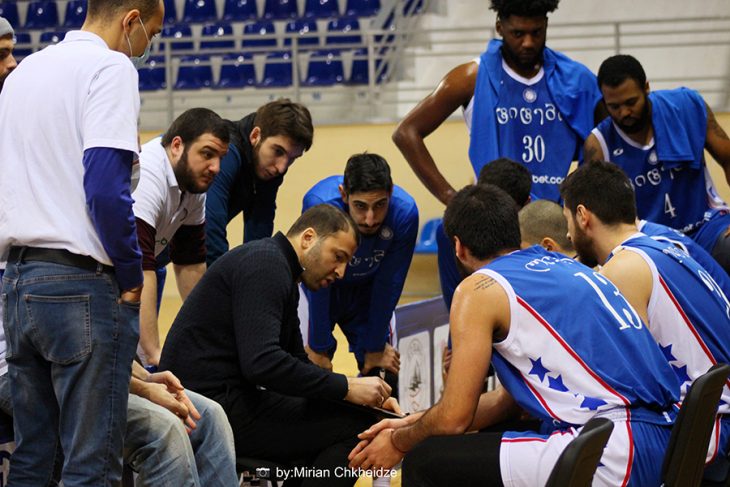 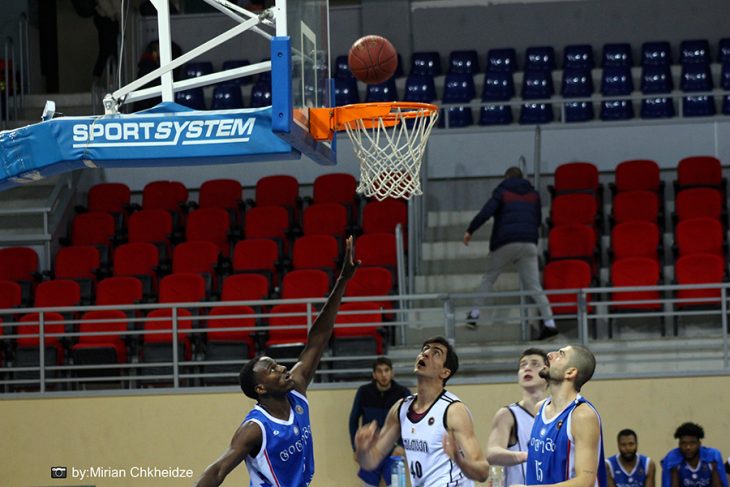 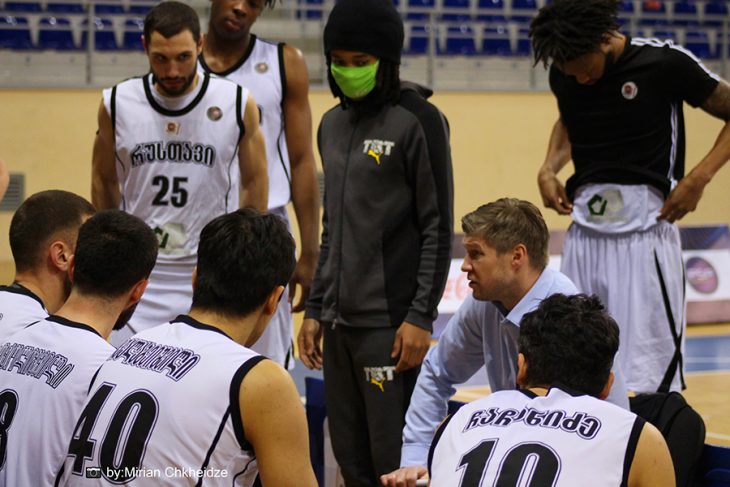 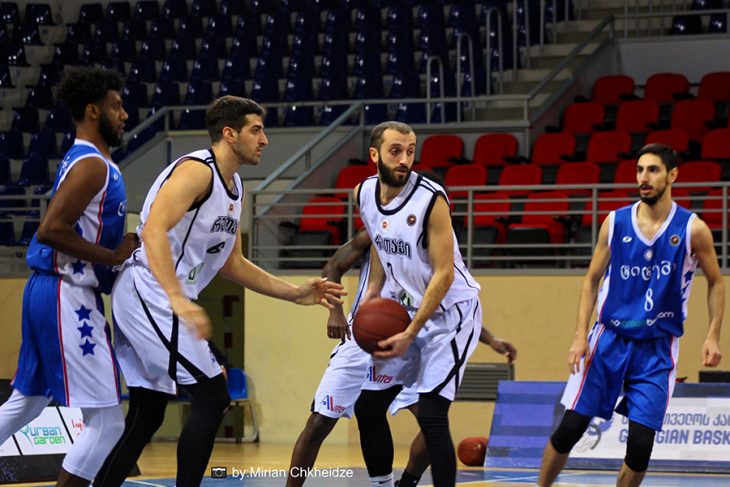 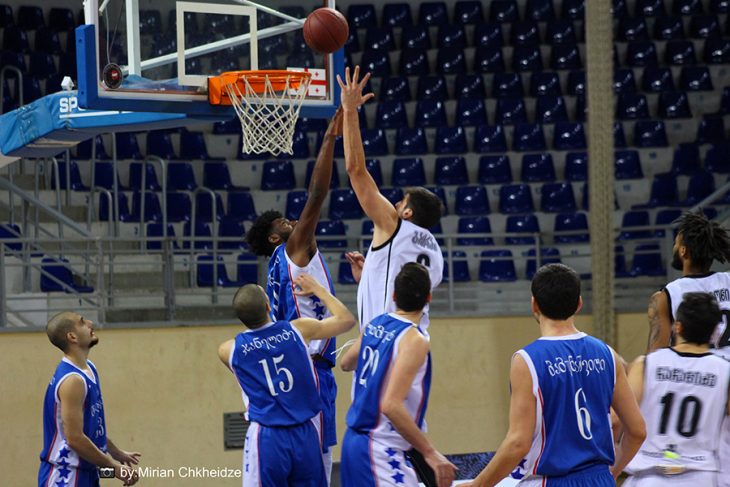