We continue stories of Georgian National Team in 90s – What was the mascot of the Georgian national team in 1998?

Georgia entered the second qualifying round of its history in 1997. The process of generational change has also begun. We present four players of the transition team – Kakha Shengelia, Levan Qarabak, Davit Ustiashvili and Irakli Japaridze. These are the basketball players who, by the potential, had to play greater basketball than they did. 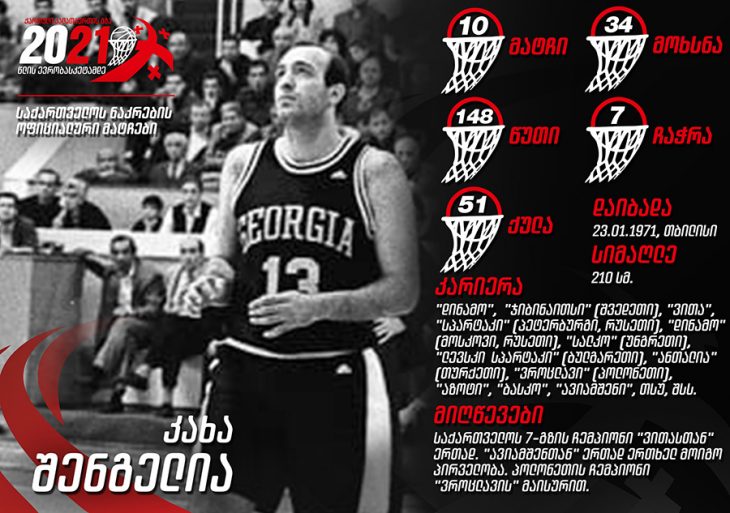 “Kakha Shengelia was an extraordinary center of his time. The 206-centimeter-tall Georgian, a very talented attacker, had a rich arsenal of under reem movement,” – recalled Anton Yudin, coach of CSKA.

He knew him from the Soviet youth team and from the Russian Championship. Kakha played in both St. Petersburg “Spartak” and Moscow “Dinamo”.

He was Andrey Kirilenko’s teammate…

It is interesting that Andrey managed to played with both Shengelias – at the start of his career with Kakha in St Petersburg’s Spartak and at the end – with Tornike in Brooklyn.

“When I met Toko, I immediately asked, ‘Is Kakha Shengelia your brother?’ I was once in a team with him. Tornike laughed – he’s my dad! Then I realized that the time had come to end my career, ”said Andrey Kirilenko.

Like his son, double-doubles in Georgian National team were frequent for Kakha as well. In 1998, in the toughest match in Italy, Kakha collected 12 points and 10 rebounds. He finished his career in 2007 and founded the basketball club Bastioni…

In exactly one year, Kakha’s son Tornike debuted in national team in 2008. After which he is progressing rapidly.

“Tornike is the kind of son any man should hope for. He is not only a great player, but also a great person in every way, a man who is deeply in love with his people and his country, whose main task in life is to make a significant contribution to Georgia’s prosperity,” – says Kakha Shengelia. 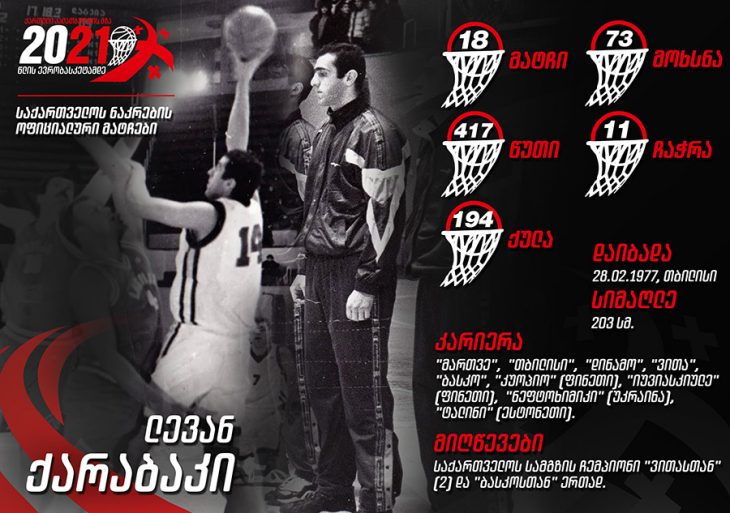 We had many talented players in the 90’s – they appeared in the national team one by another – Vakhtang Natsvlishvili, Vladimer Stephania, Levan Qarabak, Vladimer Boisa…

When it comes to talent, specialists always separate Qarabak, the son of former basketball player Zurab Qarabak, who could play freely even in Italy’s Serie A. However, there is one reason that stopped many players – an injury.

Due to chronic injuries, Levan finished the game prematurely at the age of 26. Currently he is the head coach of the Georgian Amateur B League Team SOCAR.

Levan Qarabak has played a number of high-level matches in the Georgian national team, from which the most memorable was against Cyprus. In 1997, Georgians went to Cyprus to play in the first qualifying round of the European championship. They lost the first match with Czech Republic and needed to defeat Cyprus and Austria to go to the second stage. Georgians beat Cyprus in a tense fight 72:69. Qarabak and Vakhtang Natsvlishvili were just flying in this match. Levan scored 21 points (2/3 three-pointers) and Vato had – 28.

The next day they defeated Austria in Overtime and returned proudly from Cyprus. 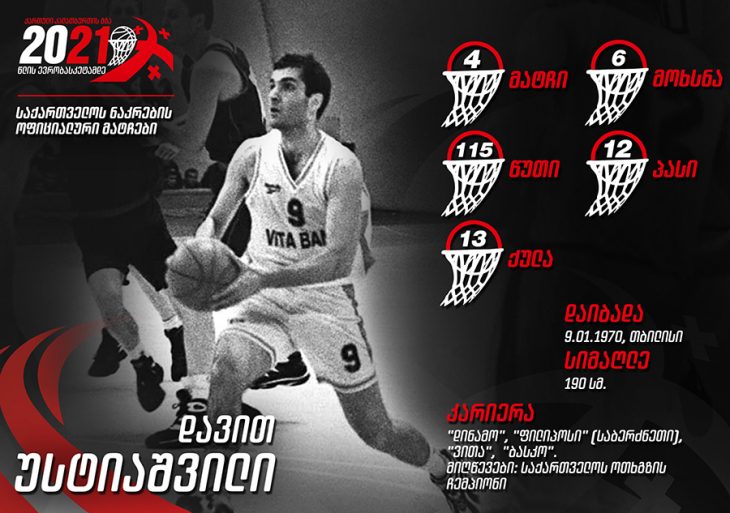 Levan Qarabak (18 points), Vakhtang Natsvlishvili (20) and Vladimer Stephania (22) helped Davit Ustiashvili to set a career-high record of assists: he collected 7 effective assists and 9 points in 32 minutes. It happened in one of the memorable matches against Slovakia in 1996 in Tbilisi. We defeated the Slavs by 20 points (91:71) which was kind of a revenge for losing in Slovakia, in which the referees contributed a lot.

In away match, we saw that Slovakia was quite a strong team. The rivals played a mobile basketball in Tbilisi as well and the first half went on equally. At the beginning of the second half we increased the tempo and finished 3-4 fast attacks effectively, which gave us 10-points advantage. Slovakians gave up at the end of the match, so we won 91:71. I have collected 7 efficient assists, which was the merit of my teammates: they ran well during the fast attacks and I was trying to make assists on time – Davit Ustiashvili recalls the match of 23 years ago. He continued his career in Greece, but ended prematurely due to severe knee injury. He only managed to play 4 matches in the national team.

He was a head coach of the Georgian national youth team for years and Igor Kokoshkov’s assistant at the national team. Under the leadership of David Ustiashvili, Georgian U-20 team won the ticket for the European Championship twice (in 2007 and 2011). 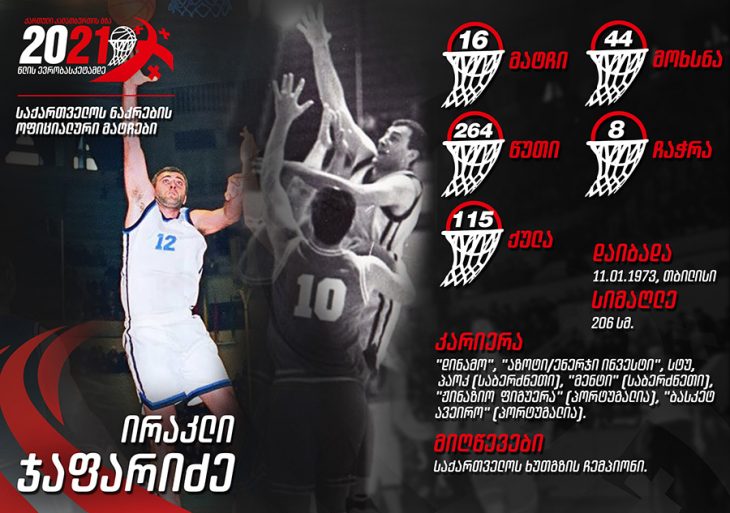 On February 27, 1999, European basketball stars visited Tbilisi – Pozeco, Galanda, Marconato, Fuchka, Kiachig… Although basketball squad is not as popular with us as football, Italian players still made many autographs and took photos…

Irakli Japaridze’s image, however, proved to be the most effective – photographer Zurab Gengiuri captured the image of Rustavian player under Italy’s reem. See how Italian stars look at ours. These are the people who won the European Championship that year.

Japaridze had been an indispensable member of the Georgian national team for several years, a moving and aggressive offensive player. That is why he played 16 matches in the national team.

Irakli recalls one funny story about the national team:

“The team was in Israel for a training session and had to arrive in the Czech Republic for the European qualifying match in the 28-degree frost after a 30-degree heat. We had a serious discomfort, but were we complaining ourselves? – We had two team mascots that we watched over gently. We were trying our best to warm them up. Eventually both us and our mascots survived the European frost, however we could not survive the Czech Republic – we lost 7 points.” 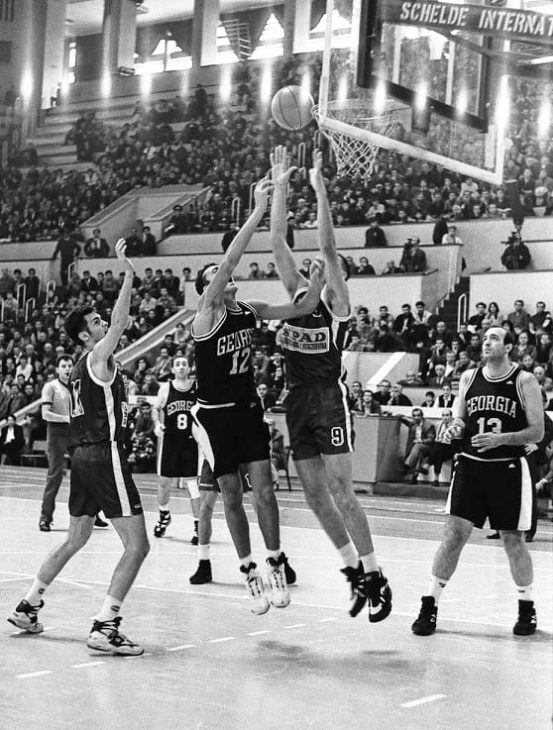 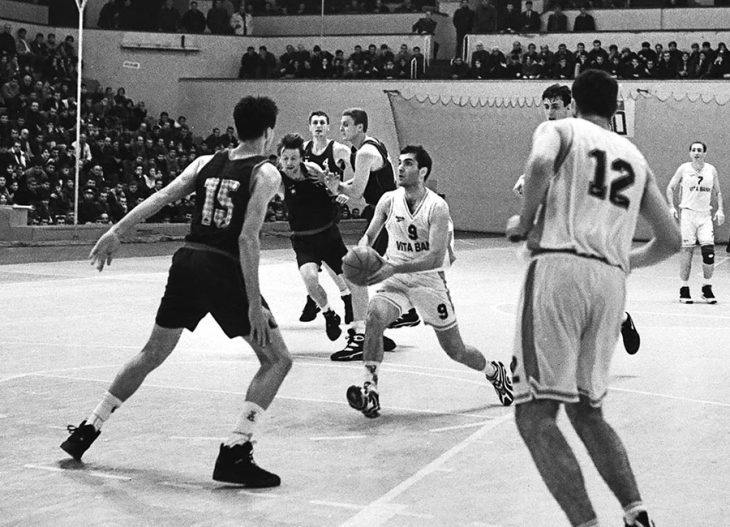 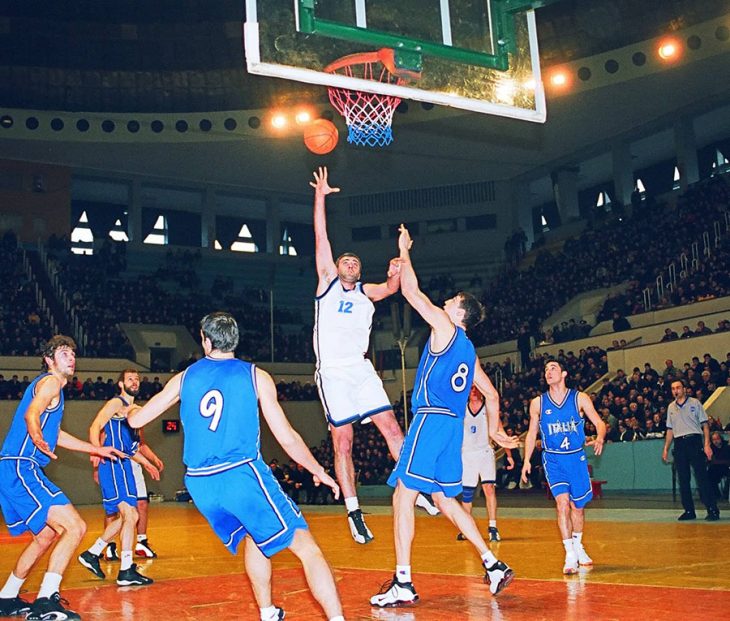