Georgian Basketball National Federation continues its project – The Road of Georgian Basketball to Eurobasket2021, within the framework of which we will present players of Georgian national team. Today we will talk about a head coach – Levan Moseshvili, shooting guard – Ramaz Gogoberishvili, point guard – Archil Zhghenti and Forward – Nugzar Kokolishvili.

Even though these three players were born in different cities, one city unites them all – they were protecting the dignity of “Azot” Rustavi. 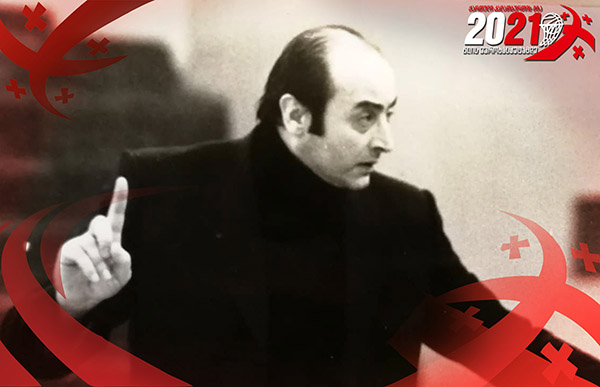 … Levan Moseshvili took the job after Besik Liparteliani. The appointment of a new coach did not leave the usual problems behind:

– It was very difficult to prepare for each game. The leadership of the federation then might have wished to create good conditions for us, but weren’t able to do so. Nor do I argue that with the appropriate support we would be able to reach the final stage. We had very strong opponents. I led the team in Latvia for the first time. It turned out to be a very difficult meeting,” – recalles Levan Moseshvili.

We couldn’t overcome the qualifying stage. In 1999, a new cycle began. New faces appeared in the Georgian national team, the team went to Switzerland, where the most interesting but difficult battles have been conducted. Players directly will tell us about them. Here, we would like to inform you that the head coach has changed again after returning from Switzerland.

– I believe that our work has not gone unnoticed. There was a lot of work to be done to rejuvenate. I called Vladimer Boisa’s to the team for the first time. Then he grew up to become a high level player. We also let Tskitishvili play in the 1999 qualifying tournament. Since then, Nika has made a huge progress, you do not need my reminder of – these are the words of Levan Moseshvili as well. 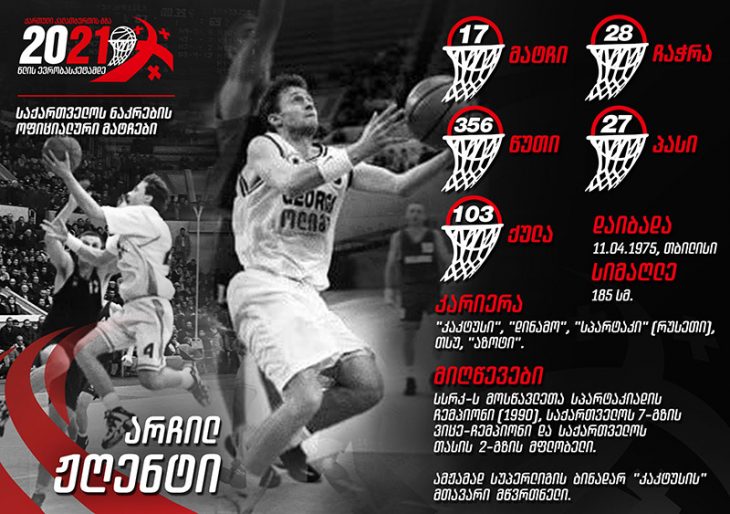 In 1999 (at the Euro-2001 qualifying stage) Levan Moseshvili’s squad played a decisive match against Portugal. Archil Zhghenti talks about the meeting, He scored 17 points in 32 minutes and didn’t miss even a single free throw from 10 attempts.

-After losing against Belgium and Switzerland, we needed to defeat Portugal to leave he group. We were psychologically well prepared for this match as well, got into the proper shape and eventually won 10 points. After an equal halftime we increased the pace and advanced with 16 points. Vakhtang Natsvlishvili, who was the team’s leading scorer, was very effective. The Portuguese reduced the difference at the end of the match, the situation was tense at the last minute, but we were ready to win and showed convincing play in the final.

– A 10 point gain was not enough to take even the third place in the group. We would only reach the next stage if we defeated the Portuguese team by at least 13 points. Unfortunately, we lacked 3 points.

Archil Jgenti also played in the Eurobasket2003 qualifiers, he was called up in 2004 as well, but foreign coaches have focused on young players and it turned out to be the last match for Aichiko in 2001 against Azerbaijan. We won 103: 43, Zhghenti scored 14 points. 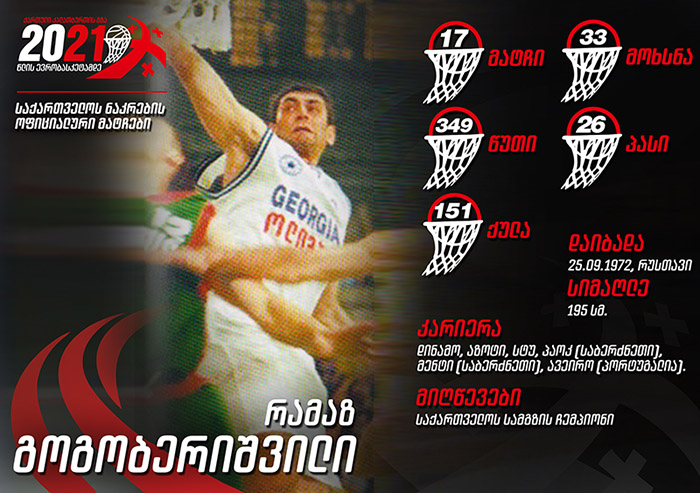 – We were training at the base of “Slovan”. They had three playoff matches with Pivovarna. We could not get into the hall on the morning of the third meeting. So after breakfast, our coach Zurab Tomaradze told us to go out into the yard, to repeat the combinations anyway. Since we didn’t have the ball, we took the apple from the dining room.

At the end of one of the combinations, Ramaz Gogoberishvili grabbed an apple at three-pointer’s line and shot it to the basket… It was thrown into the basket and dropped to the ground…

– The coach asked me: What did you do? I replied: The guys did a double block very well and left me in the free position and what should have I done?!

Even during the games Georgian basketball players often tried to get Ramaz Gogoberishvili on the perimeter. He had shot 64 three-pointers and scored 23 out of them in official matches. 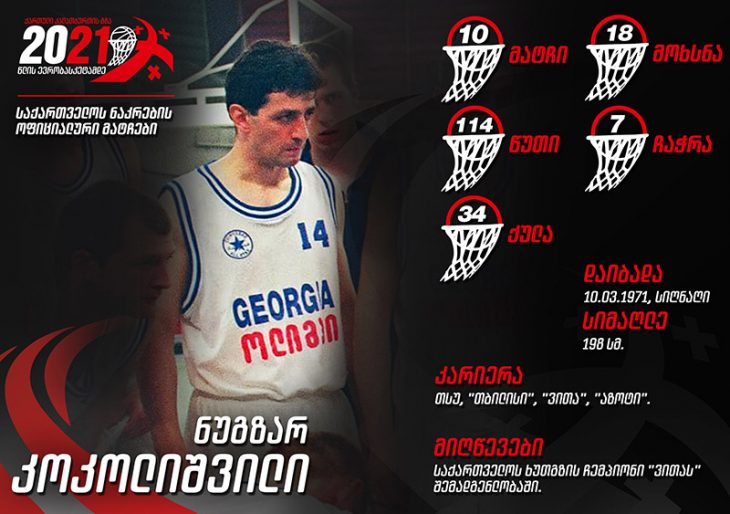 The first qualifying round of the Eurobasket 2003 was very dramatic, the Georgian national team left for Denmark to play it.

After losing to Luxembourg and Romania, our team did not give Denmark any chance. However, the hosts had a strong team and only lost with us during the competition. Success with Denmark has given us the hope of getting into the top two. It was necessary to defeat Cyprus the next day.

– We were winning by 3 points to Cyprus in the last seconds. We thought it was over, but along with the final siren, the Cyprus player shot a three-pointer and took the game to Overtime. It was a three-pointer that drops once in 1000 cases: he scored almost from the center line. He turned around and shot the ball into our basket…

We lost 75:80 in overtime and got to the second qualifying round instead of the Eurobasket semifinal. That was the stage when Georgia beat Belarus and Bulgaria in an amazing games at home. Nugzar Kokolishvili also contributed to these victories.

Eventually, he played 17 matches in the Georgian National Team. Like Archil Zhghenti and Ramaz Gogoberishvili, Nugzar Kokolishvili held his last meeting in the national team on September 9, 2001 with Azerbaijan.