The semifinalists were paired at the Zurab Sakandelidze and Mikheil Qorqia Memorial tournament. Batumi, Vera and Kutaisi joined Mega in the playoffs yesterday – in the above-mentioned order.

A big fight took place between Vera and Rustavi. These teams had won the first matches of the group and the first place winner had to be determined in a personal meeting. The match turned out to be very interesting and tense, which ended with the victory of Vera.

The match went on with a transitional advantage. The teams were winning the periods alternately, convincingly, but in the end Vera managed to win. Rustavi won the first quarter 29:21, and the next period ended with the advantage of Vera – 32:20, after which it was Qvemo Qartli’s turn again: 26:12 and the team coached by Anatoli Boisa advanced by 14 points at the beginning of the last period – 79:65.

Some teams could possibly give up here, but not Vera. This team is known for its fighting spirit and this trait has been revealed once again. In the remaining 8 minutes, Vera, led by Darrell Brown, managed to reduce the gap and move forward. Remarkable game of young Boris Tortladze and American sniper – Zac Seljaas in the crucial minutes is noteworthy, which resulted in Vera winning a ticket to the semifinals.

Zac Seljaas led the winners with 31 points, 16 rebounds and 6 assists. Darrell Brown scored 30 points, 6 assists and 5 steals. Giorgi Biganashvili and Giorgi Gogua had 10-10 points each. Raheem Johnson was the most effective in Rustavi with 19 points and 21 rebounds. Christian Keeling collected 19 points, 10 rebounds and 5 assists.

Vera will face Mega in the semifinal. The meeting will be held on January 23, at the Olympic Palace, at 15:30. 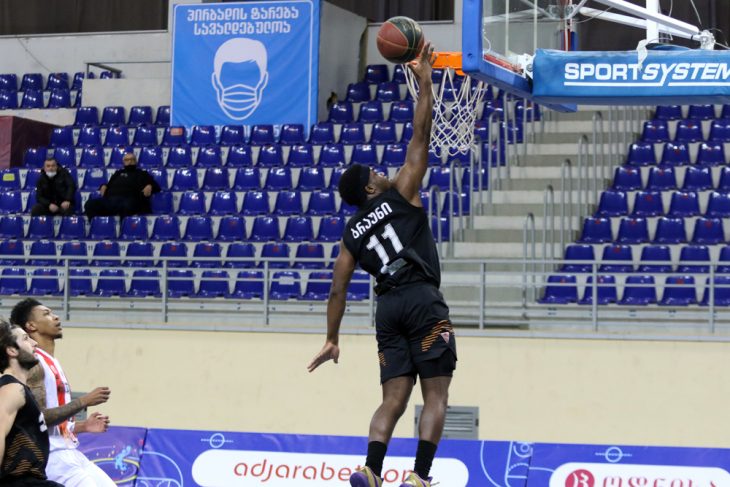 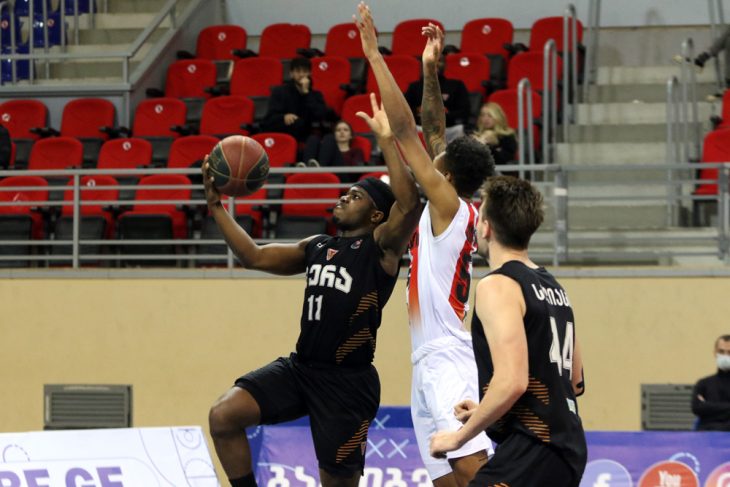 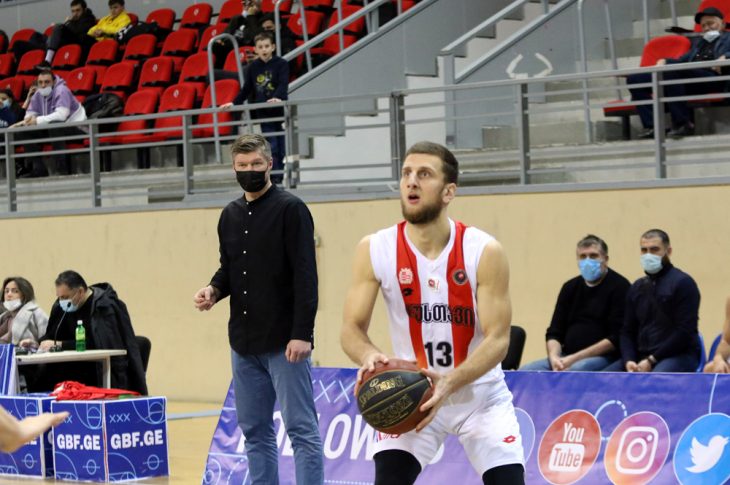 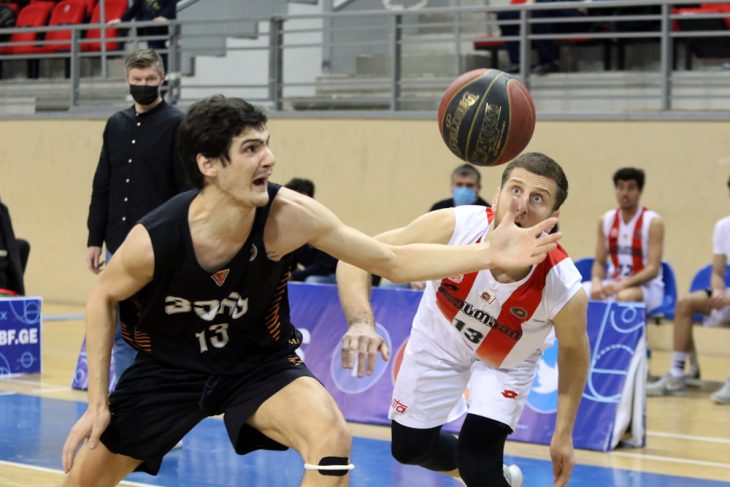 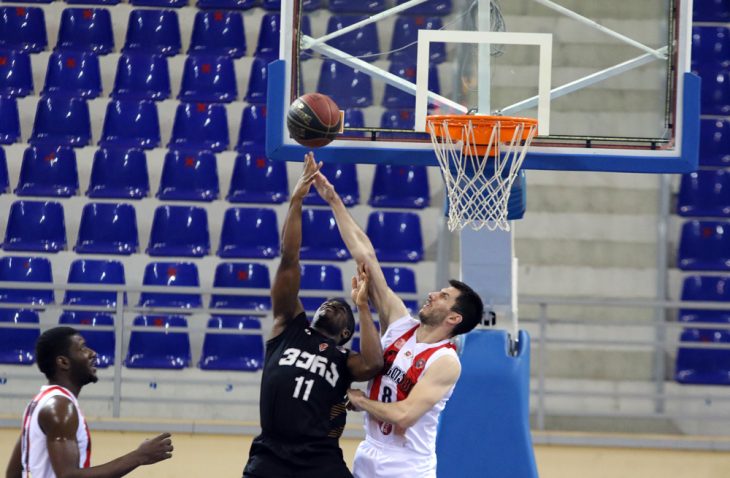 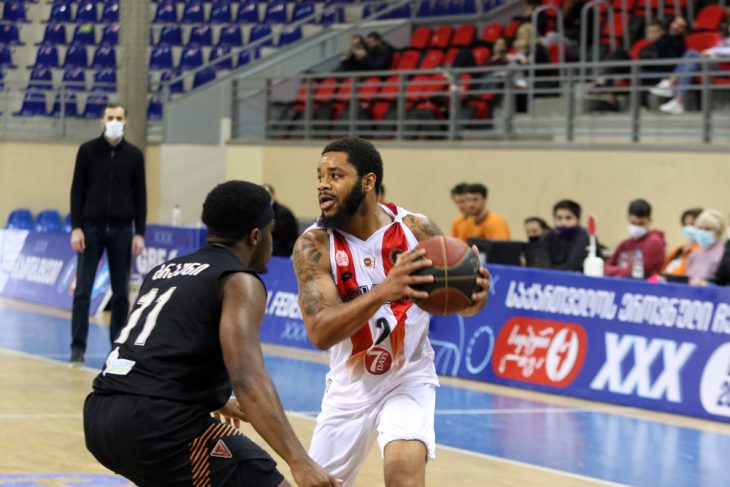 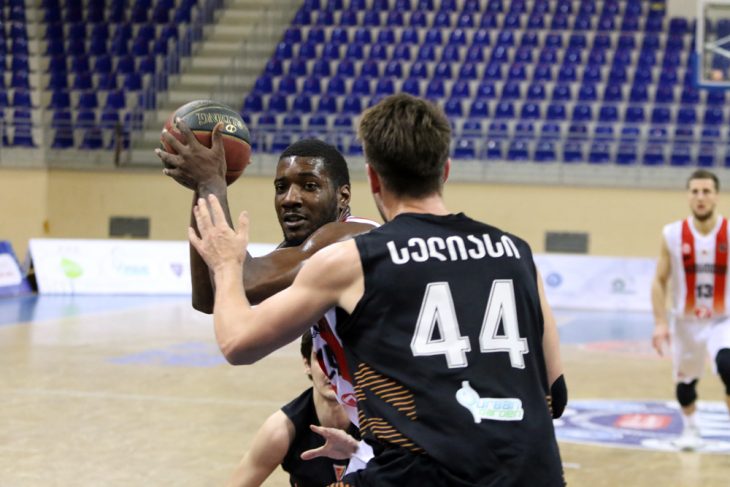 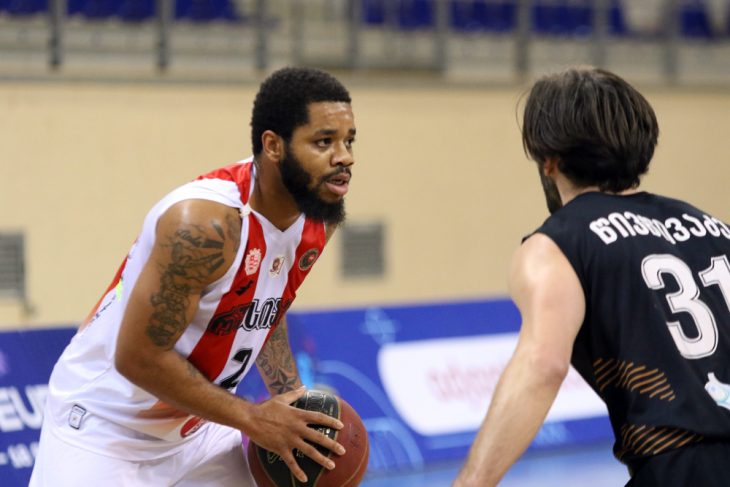 The current owner of Zurab Sakandelidze and Mikheil Qorqia Cup – Kutaisi continues to fight for the title. After defeating Tskhum-Apkhazeti by 17 points in the first round, the team coached by Kote Tughushi had an easy task to leave the group. Imereti club should not have lost to Titebi by 13 points. Defeat with 12 or less points allowed him to take the first place in the group.

Kutaisi players performed the task easily. They won by 10 points and in order to win the final ticket to their hometown, they need to beat Batumi in the semifinal match tomorrow. However, Titebi defeated Kutaisi twice this season – in the final of Dudu Dadiani Memorial and in the 8th round of the Super League. Titebi coached by Besik Lezhava lacked several leading players this time, including the main point guard, Isaac Asrat, however, the team still fought with dignity and kept the chance of winning until the end.

Nevertheless, Lezhava’s team needed to win by 13 points and when Kutaisi advanced in the final period, the winner was revealed. Kutaisi is no less happy to add a new legionnaire, than to go to the semifinals. He is a perfect shooter and scored 5 out of 9 three-pointers today, with a total of 24 points. Akaki Dvalishvili played a solid, one of the best matches of the season – 20 points, 12 rebounds. Giorgi Korsantia and Jarvis Ray scored 16-16 points each. Jordan Robertson was the most effective in Titebi with 30 points. Chris McNeal scored 13 points.

The semi-final match between Kutaisi and Batumi will be held tomorrow, January 23, at the Olympic Palace, at 13:00. 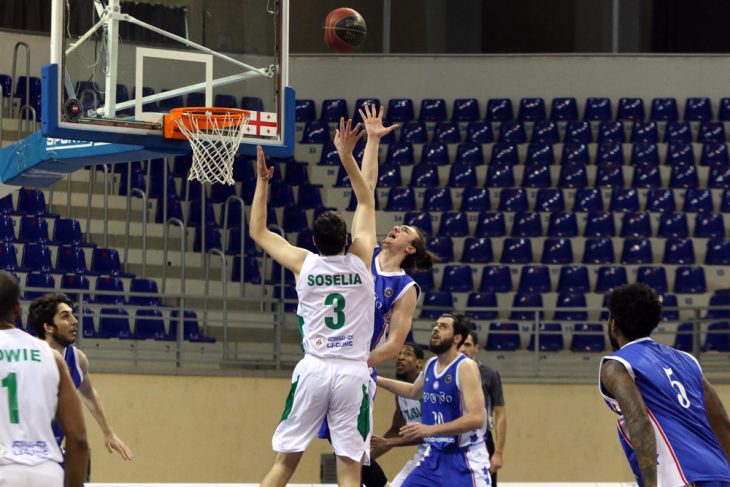 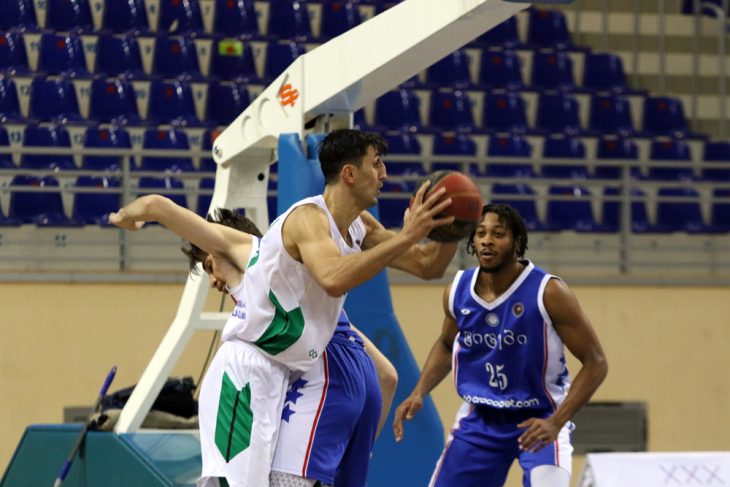 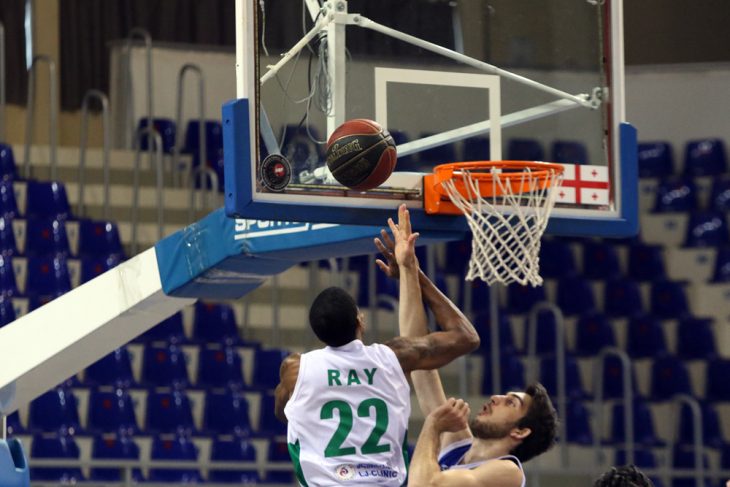 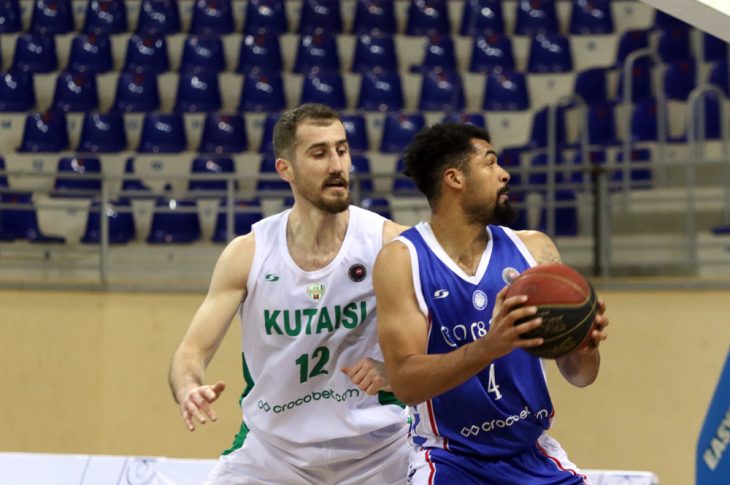 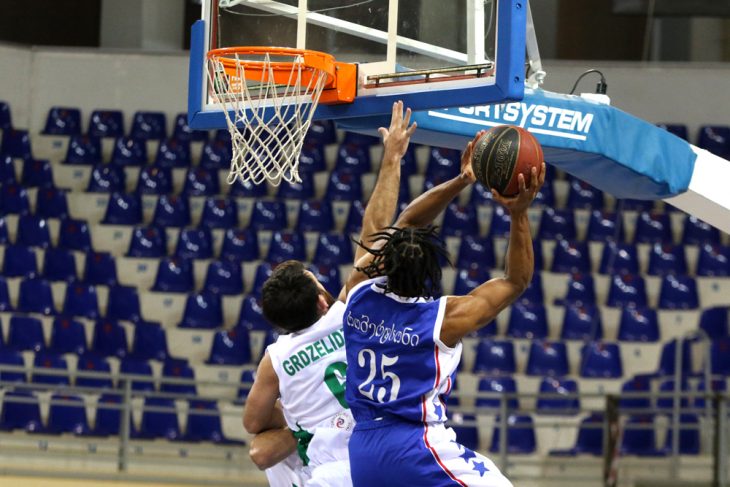 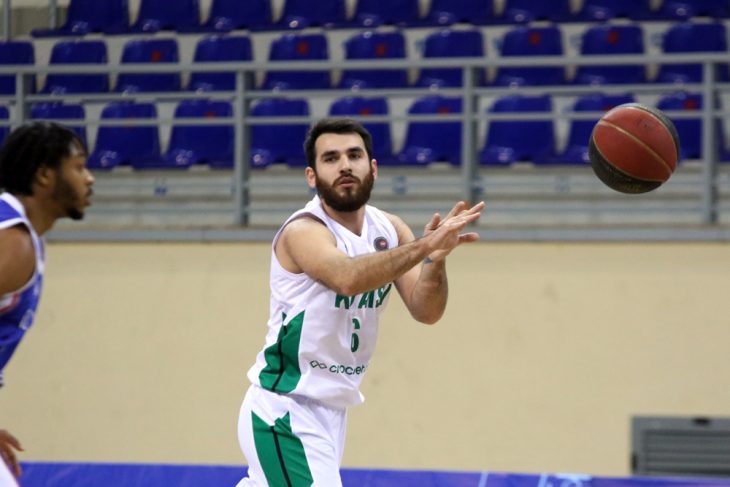 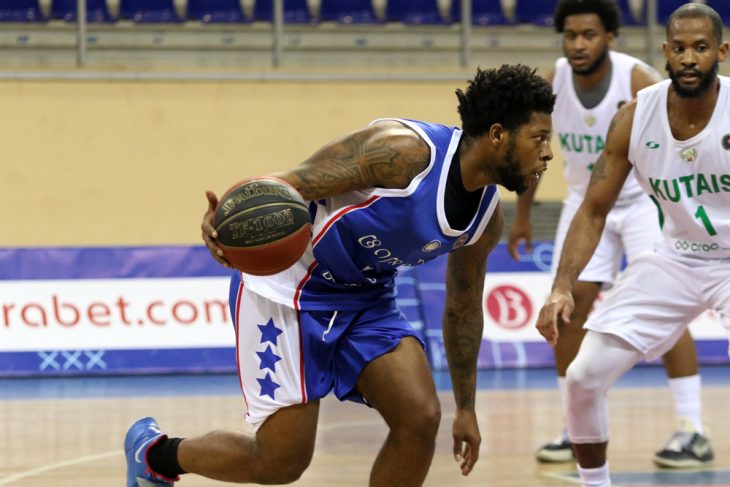 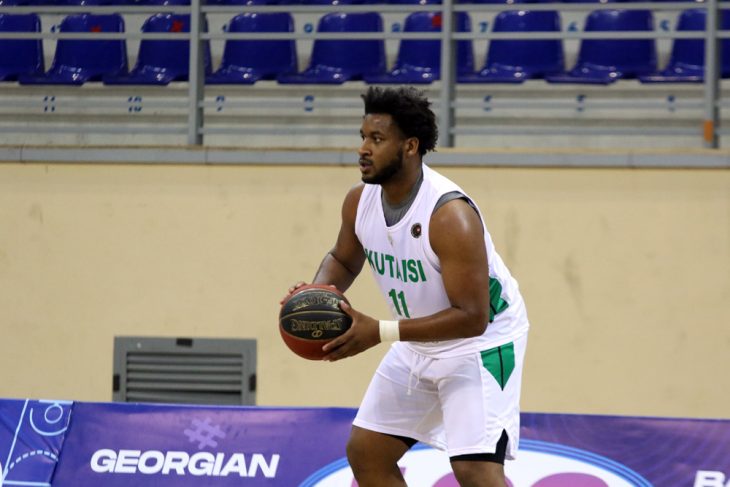 Due to covid-regulation, TSU was unable to hold the match and the team had a technical lose against Cactus, according to the regulations. Mega left this group, which won the ticket to the semifinals with the victory over both teams.