Jamlet Khukhashvili has been appointed as the head of the team, but as for the head coach…

“The winner of the championship would train the National Team, and a coach of the losing team would work as an assistant. That’s what was decided by Kakhi Asatiani – head of the Department of Sports then and Aleko Chkheidze – president of the federation,” – Says Jamlet Khukhashvili.

Final of the third championship of Georgia was until 2 victories. Vita won the first match of the series against Tbilisi – 77:74, but lost in the second one – 76:80. However, Vita won the third match as well by 4 points (78:74) and became a champion for the second time. Besik Liparteliani was training Vita and Nodar Qorqia was a head coach of Tbilisi. 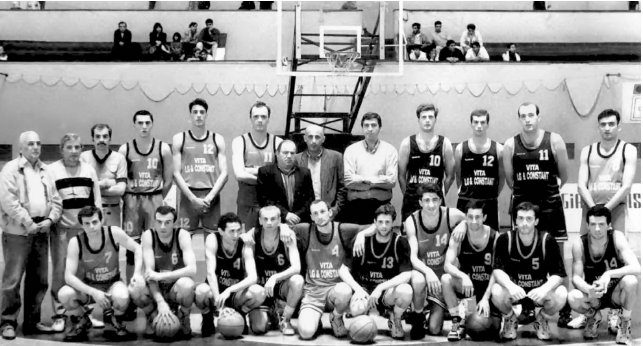 “Beso and I led the team together, although we had to work in difficult conditions, we did a great deal of work. We started together and left the national team together in 1997, ” – recalls Nodar Qorqia.

Coaches started working right after the championship – they gathered the best players of the championship at the end of May, devided them into two teams and played a qualifying match. One team was wearing red, the other was blue.

The coaches selected the optimal team from the red-blue match and went to Moscow for the first meeting in a month.

Georgians played against Spartak at first, this team was in the top four of the Russian Championship. Nodar Qorqia recalls:

We defeated Spartak with 18-points difference. Kakha Shengelia was unstoppable and after the effective dunk slam of Vakhtang Natsvlishvili, Evgeni Gomelski stood up and aplaused for a long time.” 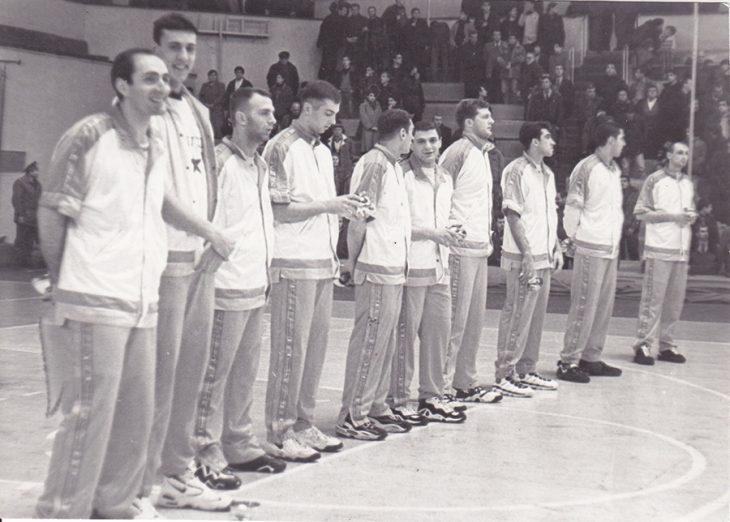 Spartak added 8 players for the second match, but still couldn’t resist and lost by 8 points once again. Then there was the victory over the CSKA substitutes. Last, fourth – with the Russian youth team, which was the most memorable. Let’s listen to Jamlet Khukhashvili:

“Russian youth were preparing for the European Championship. They also had the ambition to win it. Accordingly, they thought Georgians would easily be defeated. The match painted another picture though: we beat the Russians from the very beginning and defeated them by 8 points. After the match, the head coach of Russians – Stanislav Eriomini came to us saying “what have you done to me”… The loss of that match caused changes in their team and they could not achieve the desired result in the European Championship as well. ”

Georgian National Team played 21 matches under the leadership of Besik Liparteliani from 1995 to 1997. They won 8 and lost 13 matches, went through the qualifying stage two times and played qualifiers twice , however, Besik Liparteliani and Nodar Qorqia led just 3 matches of the second qualifiers…

“We were in an awkward situation, we lost the first three games. However, those who were well-versed in the kitchen of the team knew that it was impossible to do more in the conditions in which we worked. Neither prospect looked bright. It seemed someone new would do something better than me, so I left the post of head coach after losing with Turkey”, – Besik Liparteliani says.

It is obvious from the words of Jamlet Khukhashvili under what conditions they had to work:

“We had a little funding from the Sports Committee. So we were bothering businessmen, our foreign friends, so we could buy outfit and travele overseas. We even called ourselves “unofficial robbers.” 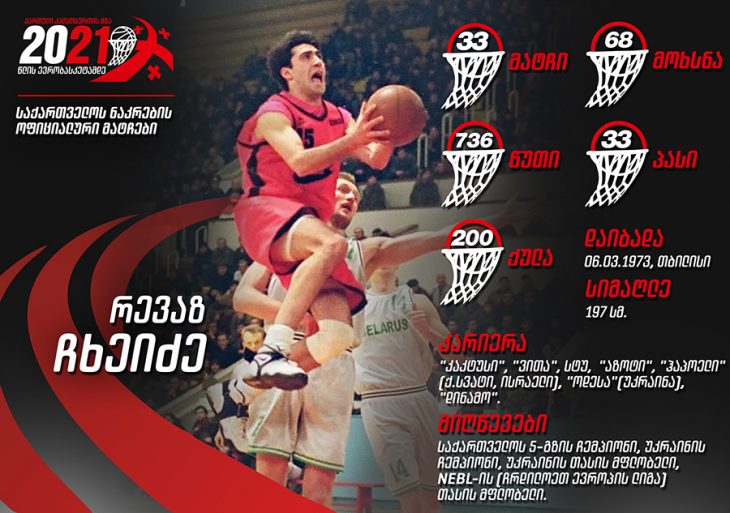 Revaz Chkheidze – one of the most important figures of the national team then, continues the topic:

“I remember very well that after winning, Turkish basketball players were given bonuses. We would not seek such “luxury”, we needed only basic conditions, but we did not have it. ”

However, the videos also show how hard the Georgian team played and how they fought to the end. Revaz Chkheidze was featured in this component, having played 33 matches in the national team.

“I remember in 1997 when, in one day in Tbilisi, at three-hour intervals, Georgian national basketball and football teams won European Championship qualifying matches. Football team defeated Bulgaria 2:1, before that, Basketballers defeated a strong team of Bosnia at Tbilisi Sports Palace… We started the match unsuccessfully though, losing 4:22 in the beginning, but we managed to tie the game and win 77:66. It was a true feast of Georgian sports and one of the most remarkable sports days in our history since independence. ”

Chkhiro contributed 15 points in the match against Bosnia. 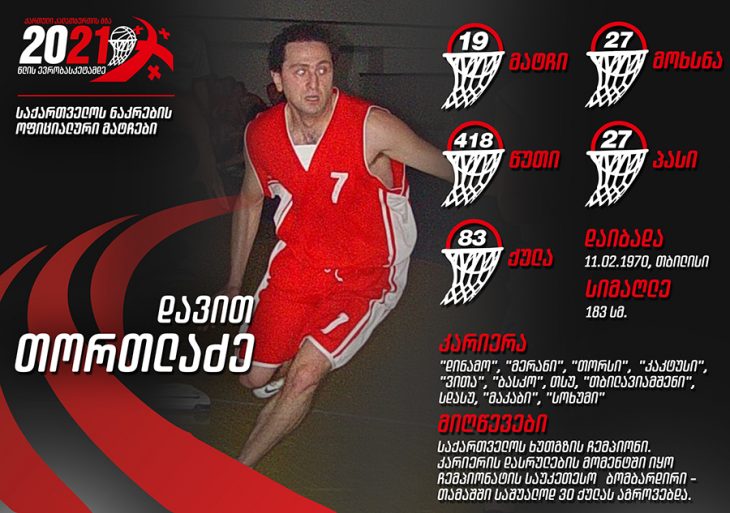 In the qualifiers in which we defeated Bosnia (Eurobasket 1997), the Georgian team won the second memorable victory against Belarus, which had the chance to leave the group and was prepared to win with Georgia.

With the score of 78:78, we had a last offense. We had to shoot at the last second, not giving our rivals a chance for answering attack. The siren came close so that no free partner appeared. I went under the reem and shot the ball to the basket, but it rolled around and Vako Bezhanishvili, who was there, returned it to the basket – 80:78. It was a beautiful ending for such a tense match.”

Tortla had the best match against Greece in the National Team, we lost it 65:61 though. Dato played 38 minutes, scored 2 three-pointers… He has not forgotten the story of the referees’ partiality in that meeting:

“Since 2004, the NBA and Euroleague players have been playing in the Georgian national team, so referees do not dare to take sides in home matches. In the early years of the national team, nobody knew us and I don’t remember if the referees had any sympathy for us. However, the referee’s decisions on the last seconds are crucial. A clear example of their oppression of the hosts was the Georgia-Greece meeting. The referees defeated us at the last minute. ” 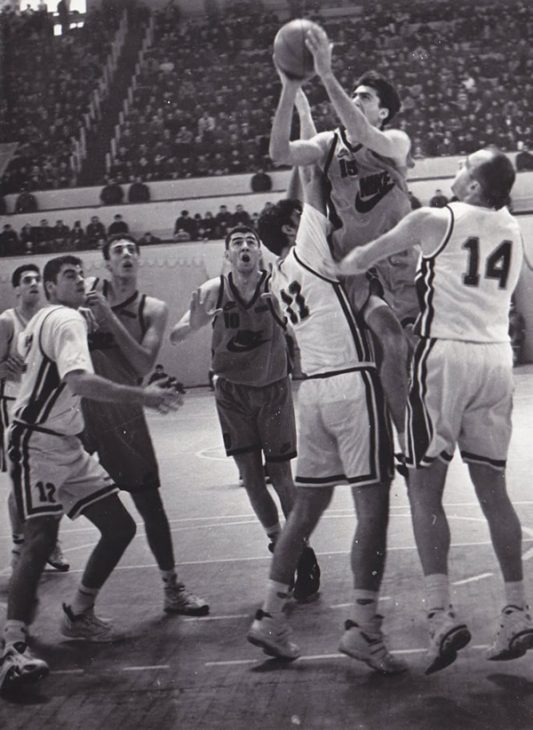 Next week we will tell you about Gia Sanadze, Paata Guraspauli and Gela Darsadze. We remind you that this project is being implemented within the framework of Eurobasket2021 and is aimed at appreciating Georgian basketball players / coaches and sharing the history of Georgian basketball to the next generation.