2 more teams were added to the quarterfinals of the cup today. These are Olimpi and Cactus. These teams held the return matches of the eighth final series today at the Olympic Palace and got to the next stage by fixing desirable results.

The confrontation between Olimpi and Vera turned out to be very interesting, tense and eye-catching. Vera lost the first match by 7 points and they had to cover this difference in today’s return match in order to advance to the quarterfinals.

Vera coached by Levan Patsatsia gained the advantage from the very beginning and kept the lead throughout the first half. For the big break, Vera had exactly 7 points annulled – they were winning the match 42:35 and to achieve ultimate success they had to win the second half by any score, however, Olympians coached by Davit Rogava showed enviable fighting ability and reduced the difference to a minimum by the end of the third period.

A big fight broke out in the last quarter. Vera wasn’t giving up – they trayed to maintain the leadership thanks to Givi Bakradze, Aaron Parks and Josh Hawley. Vera was winning 2 points in the last minute and advanced 88:83 by Givi Bakradze’s three-pointer. There were 10 seconds left and of course Patsatsia’s team took a tactic foul. Luka Kalatozishvili scored both free-throws and clarified the fate of the series. Vera needed to win by at least 7 points and while leading with just 3 points, it was obvious that they would not be able to score enough points in one attack. Despite winning the match 88:85 (სტატისტიკა) they lost 162:166 in the series, considering 2 matches.

There was no fight in the second match today. Orbi, the representative of A League, who lost the first match of the series with Cactus by 14 points and had certain hopes of nullifying this difference, did not have a chance to succeed during the game. Cactus stably held all four periods of the meeting and eventually won 91:67 (Statistics).

Cactus will meet the winner between Rustavi and Mega in the quarterfinal. The decisive match of these teams was supposed to take place today, but it was postponed due to covid-regulations. Rustavi has won the first match with 11 points. As for Olimpi, Rogava’s team was paired with TSU in the quarterfinals.

1 match will be held tomorrow at the Olympic Palace: Dinamo will host Batumi, and Kavkasia will arrive in Kutaisi on February 1. 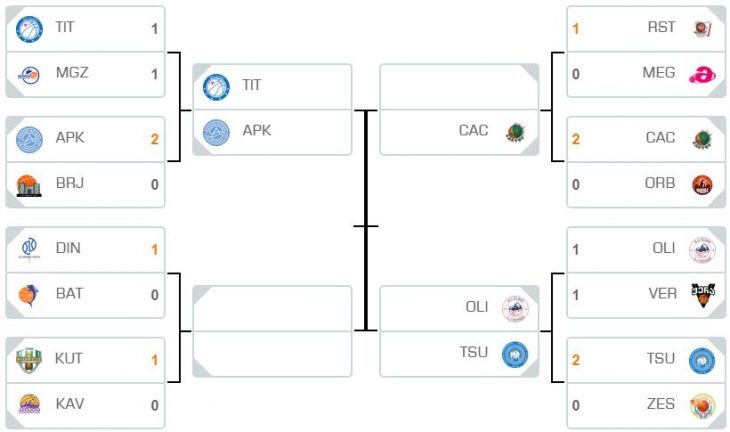 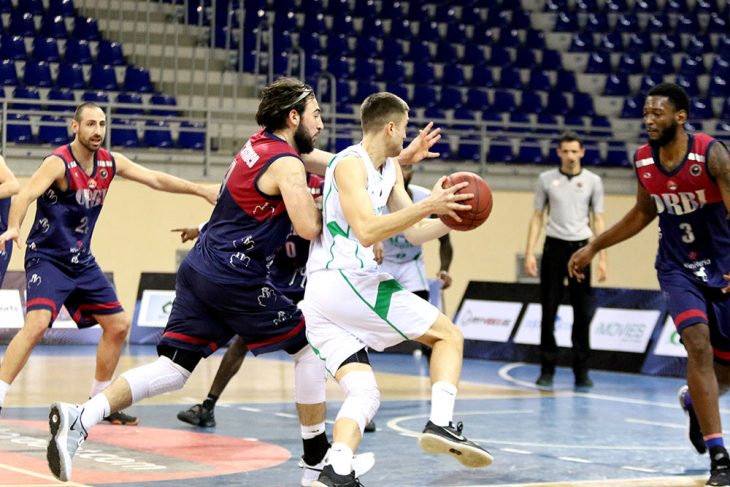 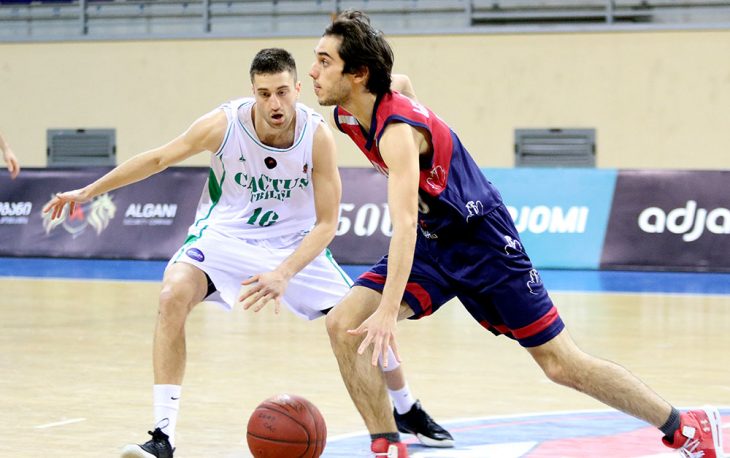 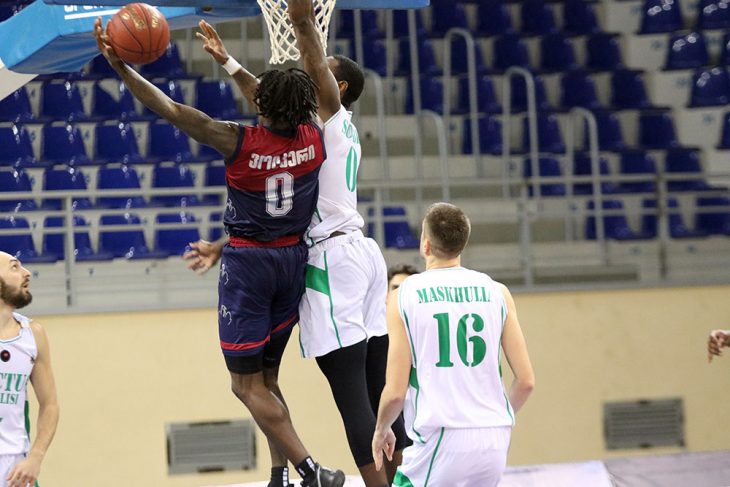 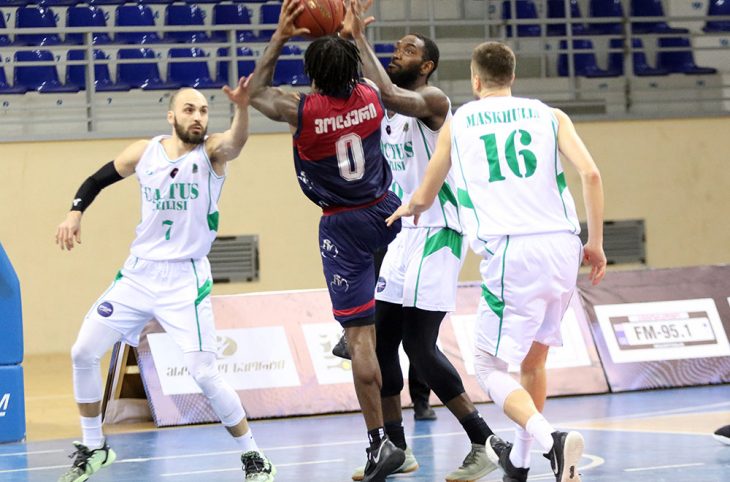 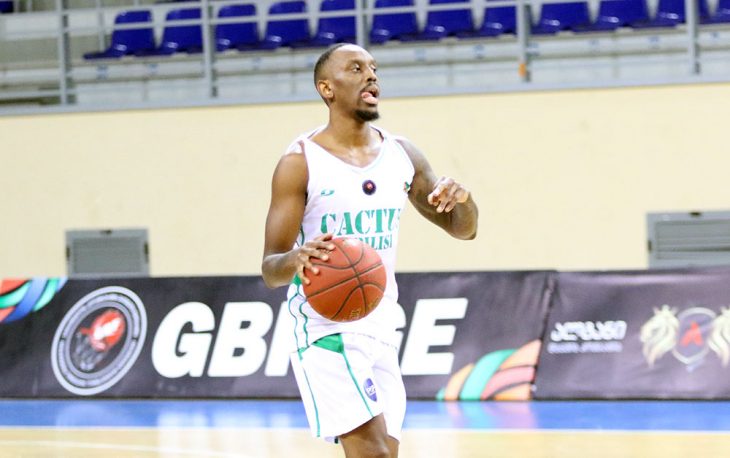 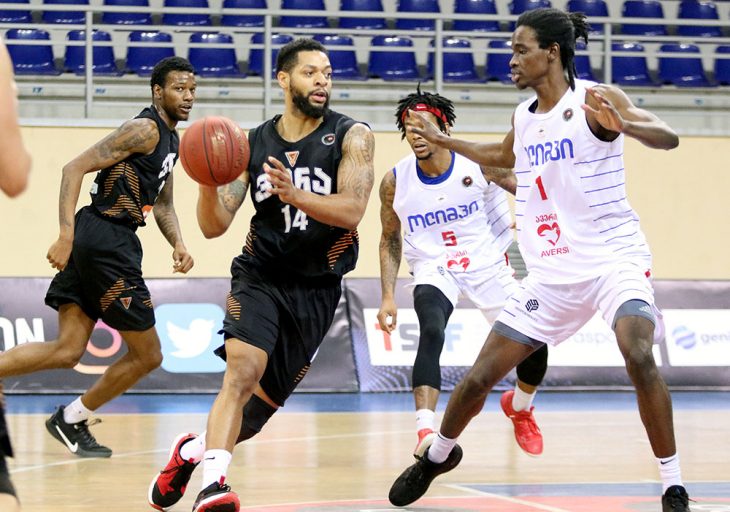 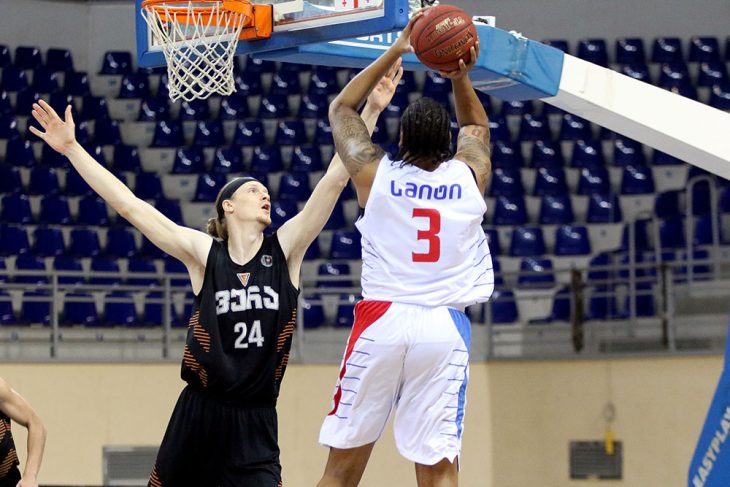 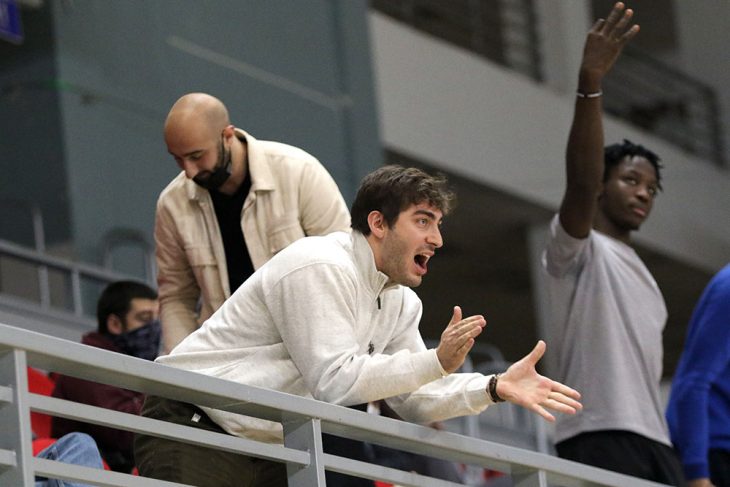 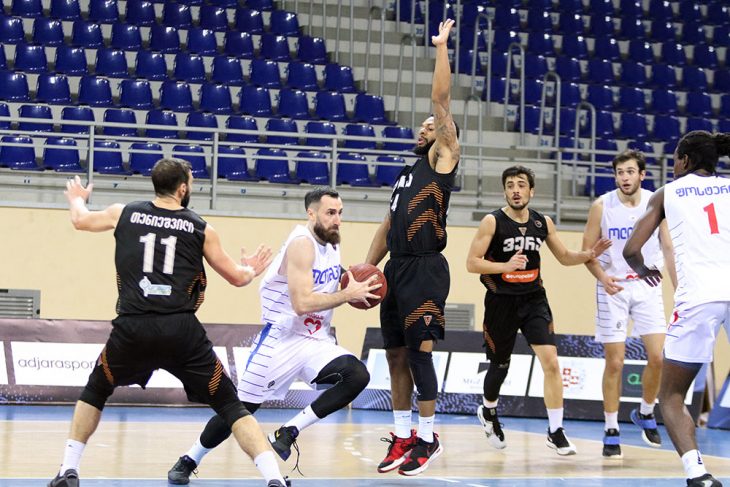 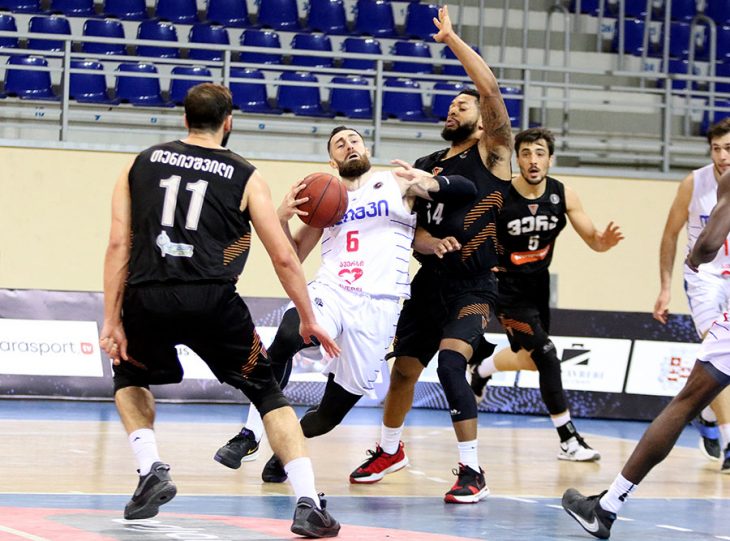 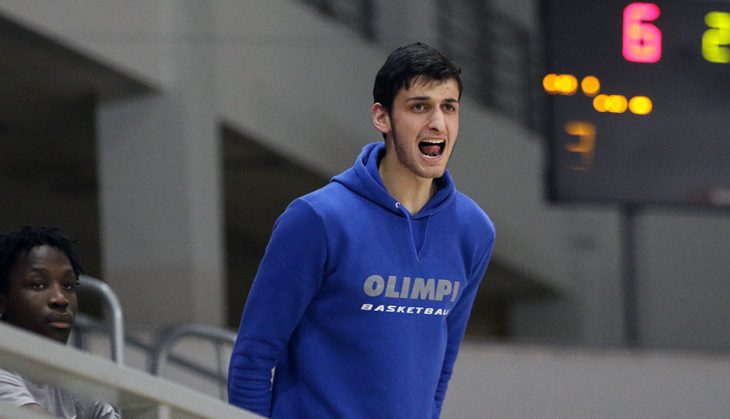 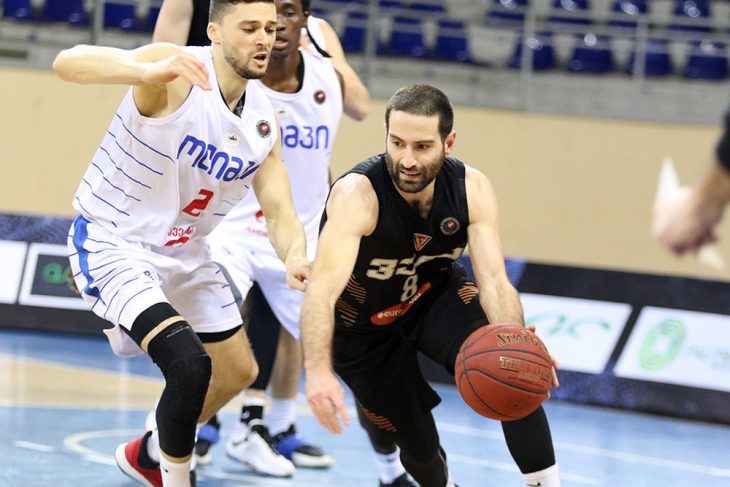 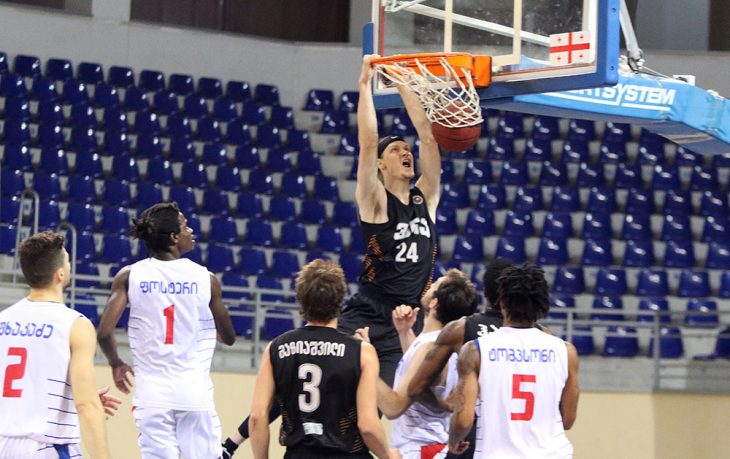 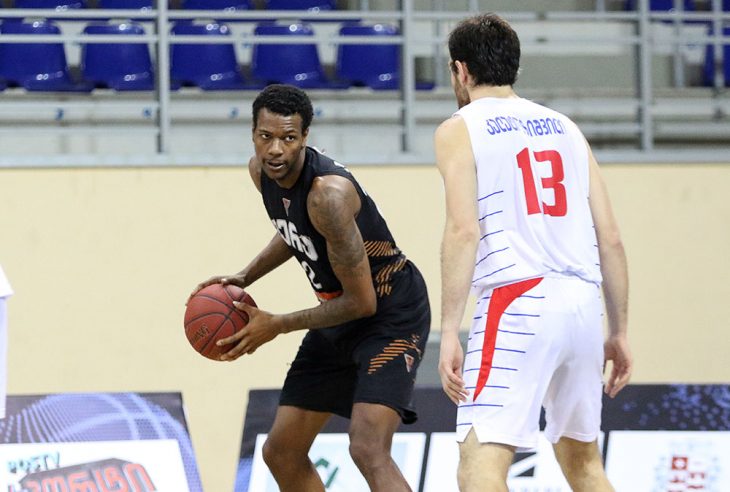 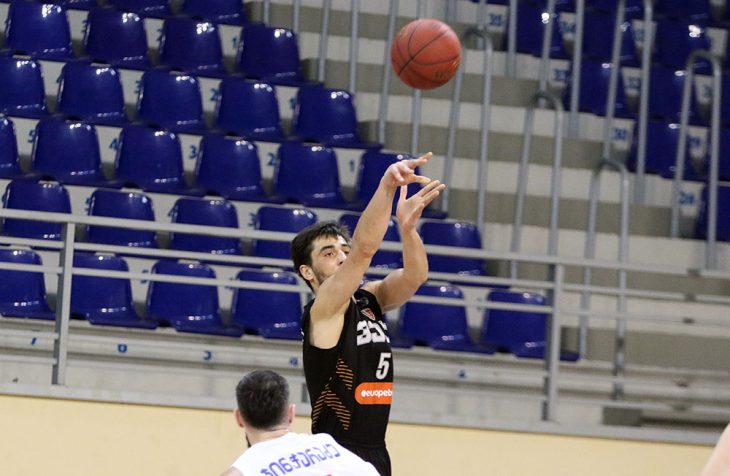