„Unfortunately we cannot celebrate that much today, because we missed our captain, who all this time was playing very well, this is huge loss for us” said Ilias Zouros at the press conference after the game and added – I hope injury will not be that serious and Tornike will return soon”

After the end of press conference, we received disappointing information from the hospital: Tornike has seriously injured his shoulder and requires surgery. This means that our captain has to miss upcoming EuroBasket. This is unimaginary loss for the team, which should play second game for world cup qualifiers on august 27th and afterwards host EuroBasket in Tbilisi.

During the press conference Zouros was asked regarding possible absence of Tornike Shengelia and he gave following answer: Of course we cannot compensate missing Tornike, but we will for sure find way to be competitive and fight for desired result “

Even only today’s game showed what a big force our team will be missing in upcoming games. Before the injury, Tornike had played for 21 minutes and scored 20 points. He was the true leader on the court, who was leading the team in decisive moment which actually consequence our victory.

After tough first half, which finished by 35:35, Georgian National team came back to the court with huge motivation. Our boys lighted fire on the arena and with help of Shengelia, Goga Bitadze, Giorgi Tsintsadze, Sandro Mamukelashvili and others, we scored 16 unanswered points. Exactly at that moment, Tornike crushed with opponent, fell down and injured shoulder. The bone was displaced so much that many of us could not properly look at him.

Missing Shengelia got immediately visible. Netherlands started to attack and play good defense. They were able to score 9 points and reduced difference to 12 points. In the last quarter, opponents focused on 3 pointers and as De Jong was shooting on high level. There was nothing left from Georgian advantage. 5 minutes before the final buzzer, with help of Charlon Kloop score was tie, 60:60 and guests had huge phycological advantage.

Our players once more proved that they are real fighters. After loosing 17 points due to leader’s injury, they united once more and showed fighting spirit. National team defended victory which was forged by Tornike Shengelia. Ilias Zouros and Goga Bitadze at press conference dedicated victory to our captain.

Georgia won the game by 11 point advantage – 77:66 (Statistics). Most vulnerable player of our team with 20 points, 4 rebounds and 2 steals, was Tornike Shengelia. Giorgi Shermadini played on high level as well, as he scored 13 points, 5 rebounds, 1 steal, 1 assist and 1 block. Thad Mcfadden collected 19 points and 5 assists, who had low percentage of 3 pointers at the beginning but was able to contribute decisive points.

Meanwhile Italy defeated Ukraine in Riga by 97:89 and maintained leadership of the group. Georgian national team will hold next game against Italians, in Brescia. Our team will be travelling for Italy on august 25th.

We started by quoting Ilias Zouros and will finish with his words:

“We have game against Italy in 3 days. This is another chance. We have match with important team which has only one loss. We should be focused. We should realize that now we are playing official games and should win all of them” 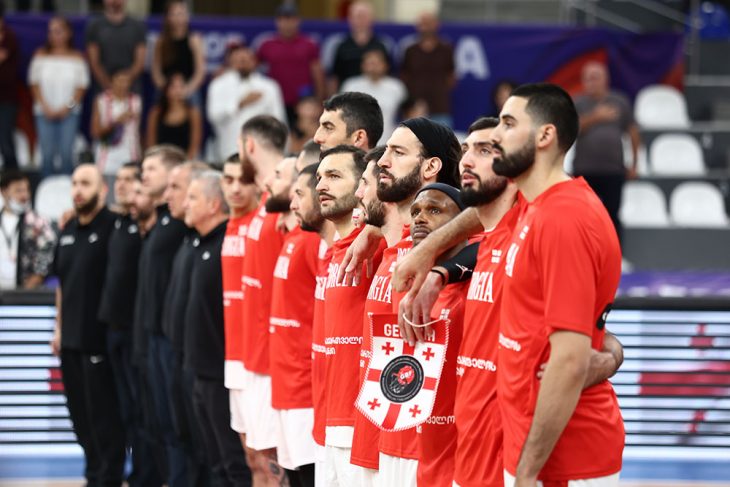 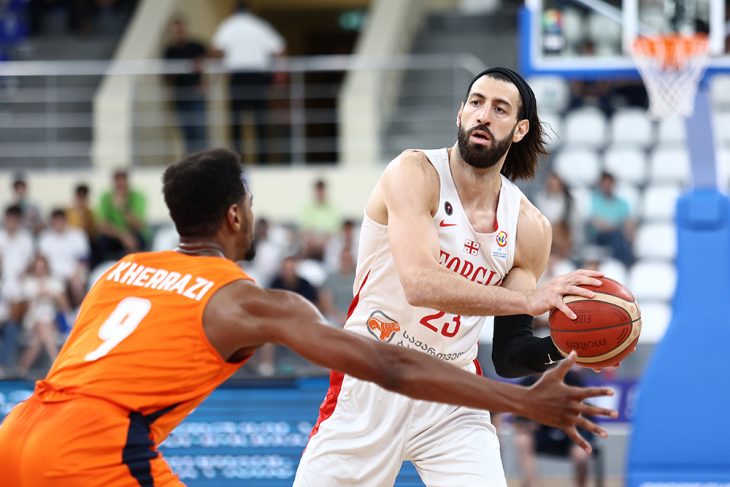 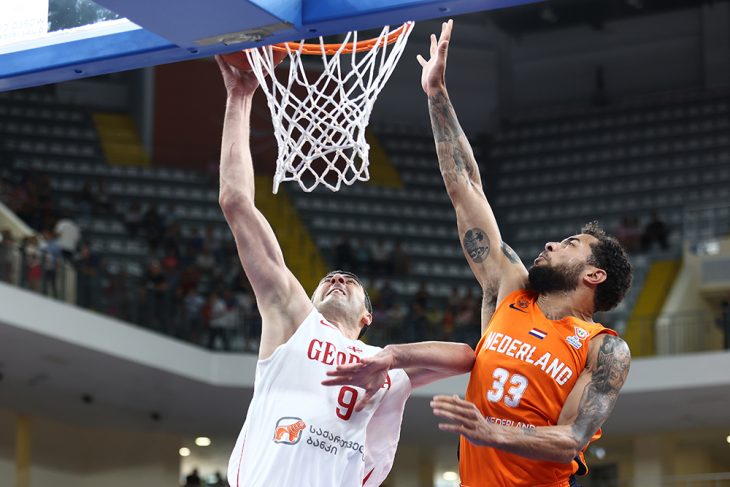 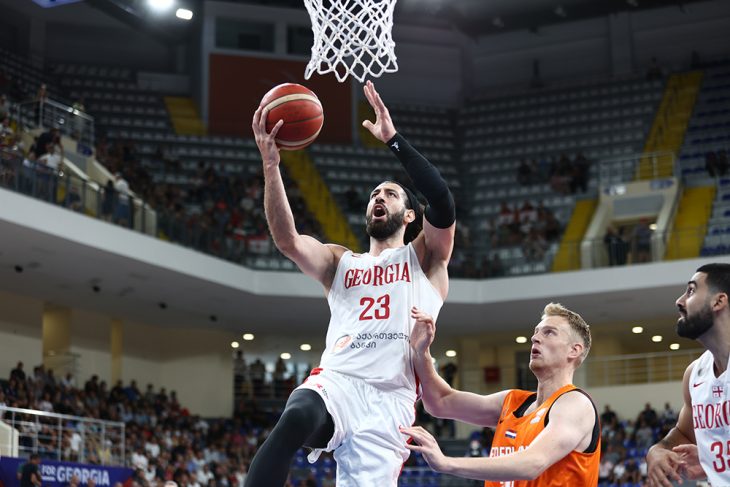 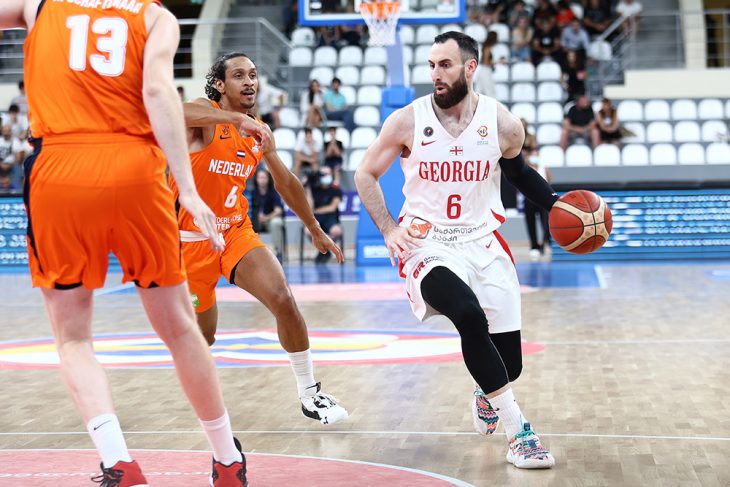 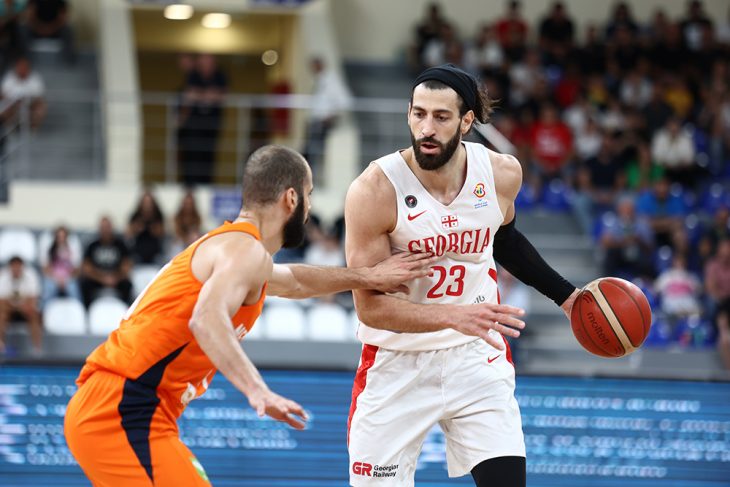 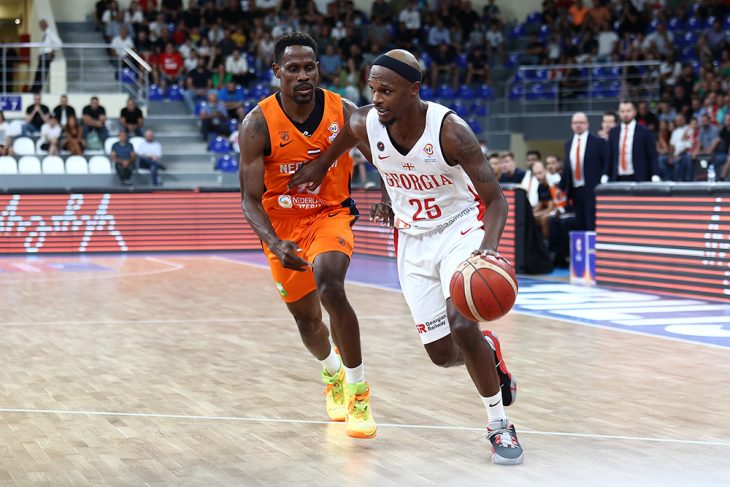 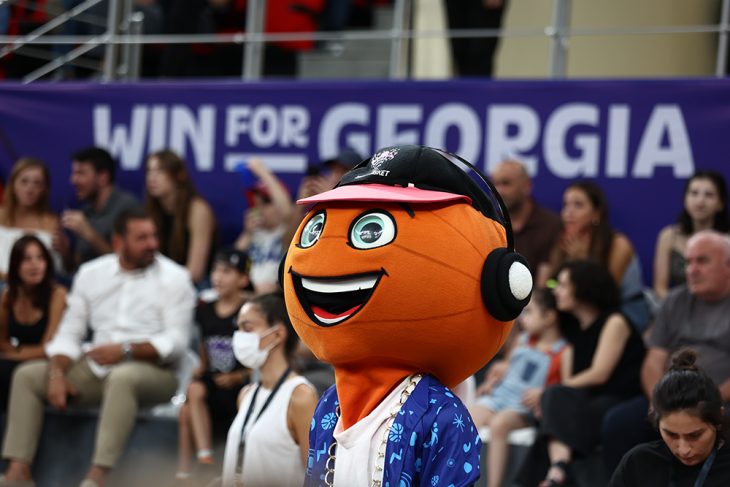 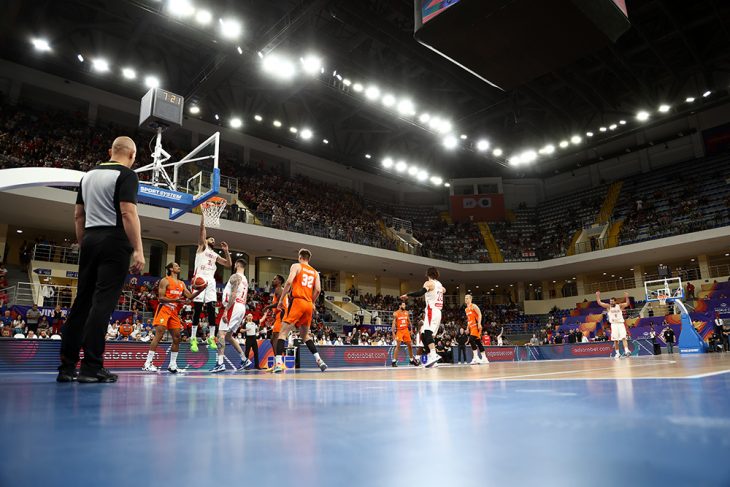 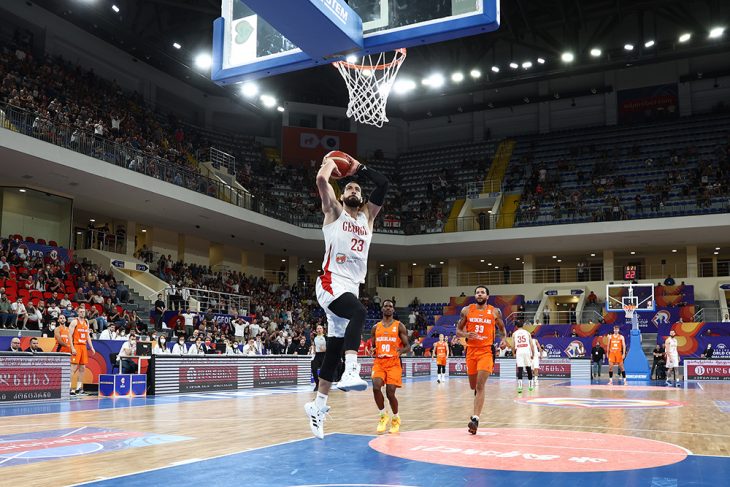 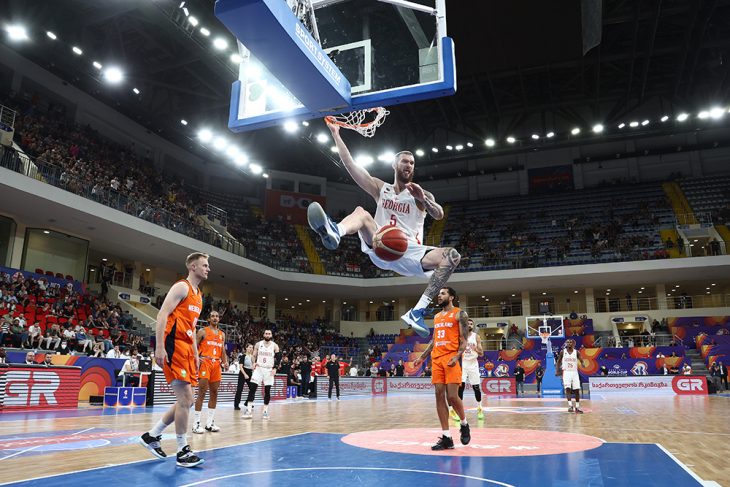 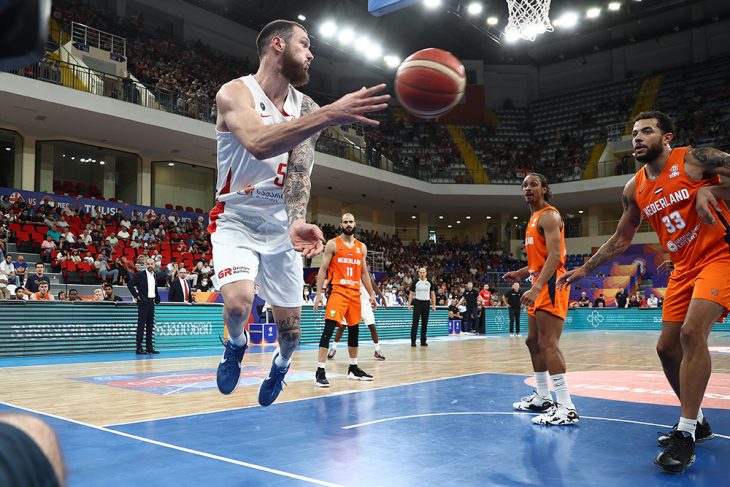 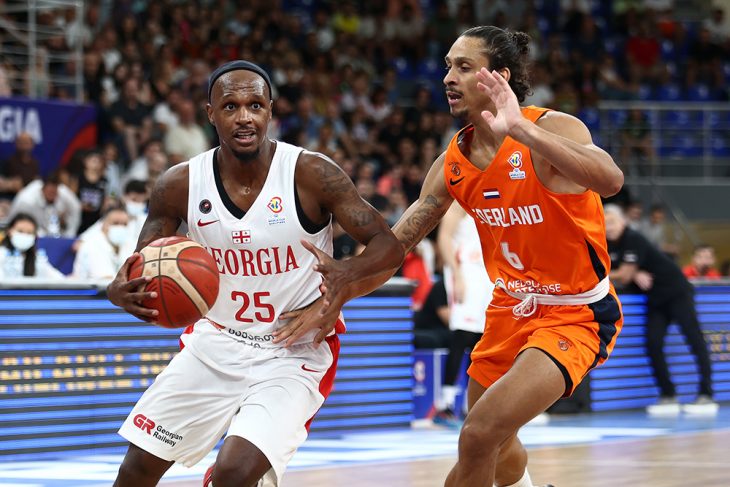 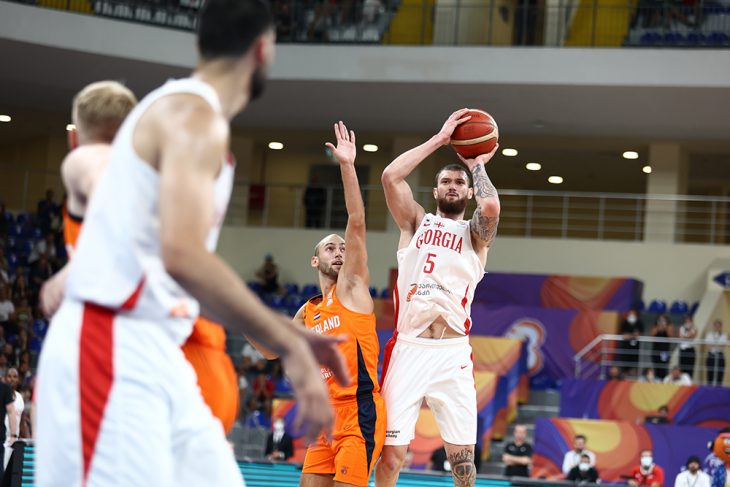 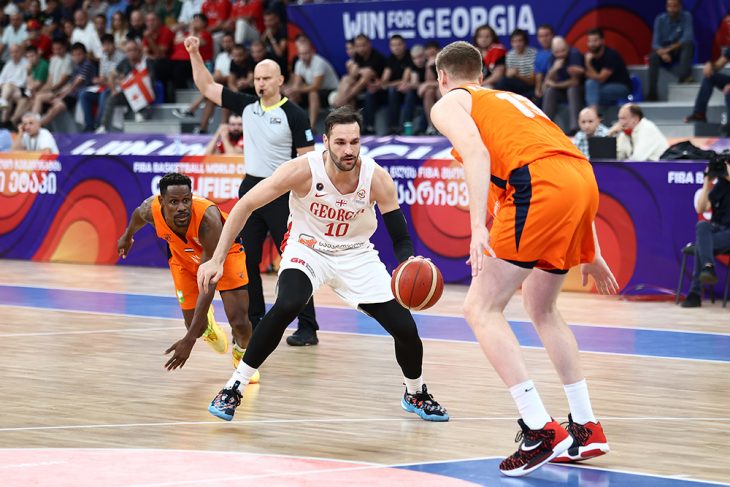 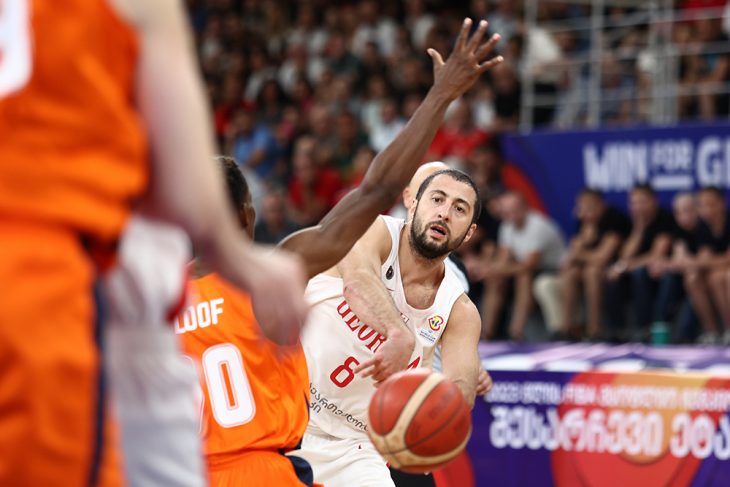 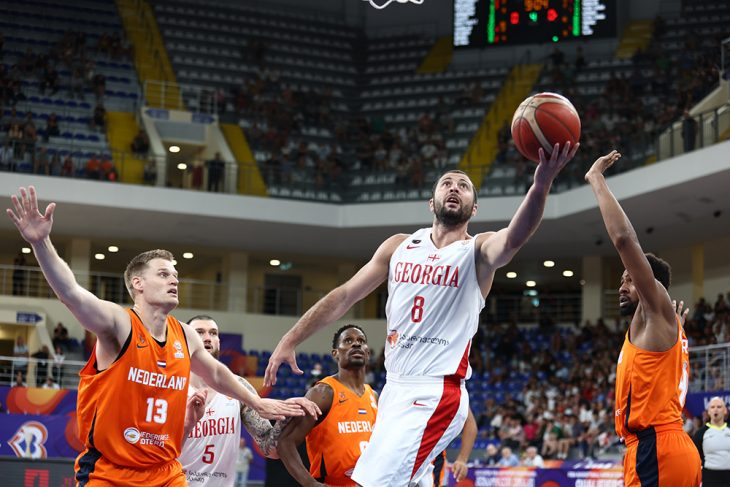 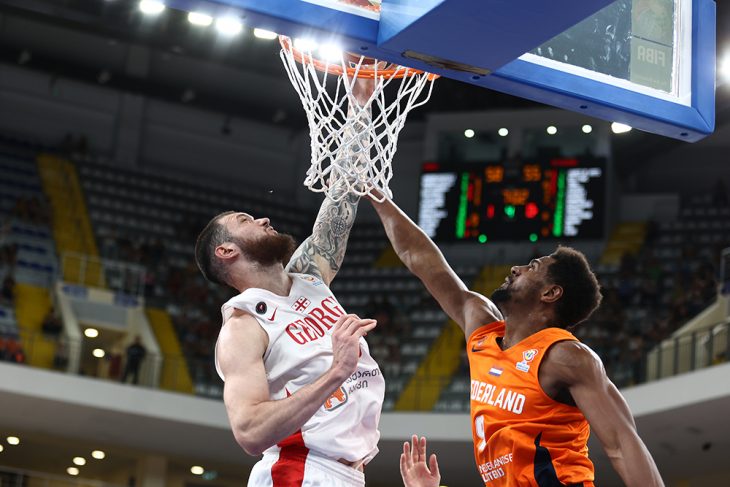 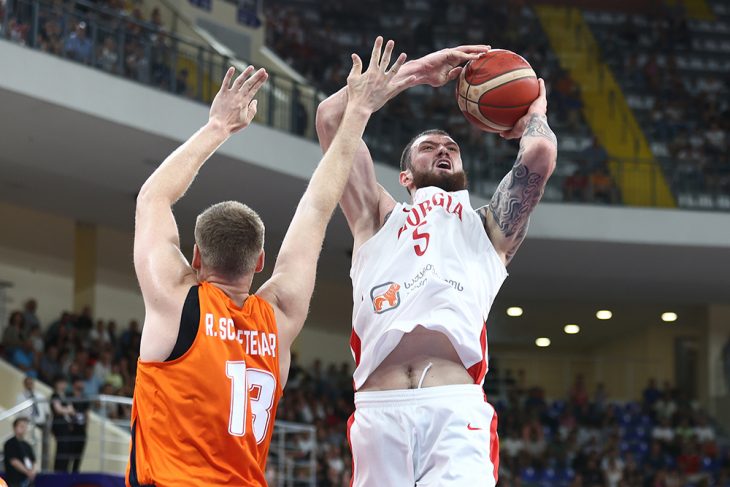 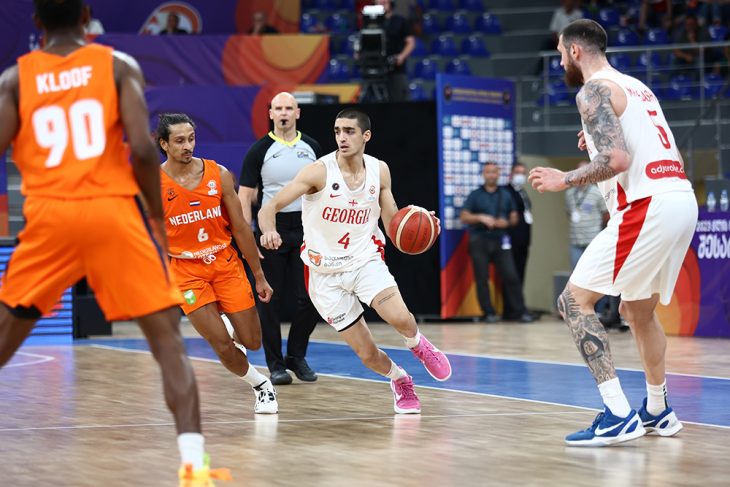 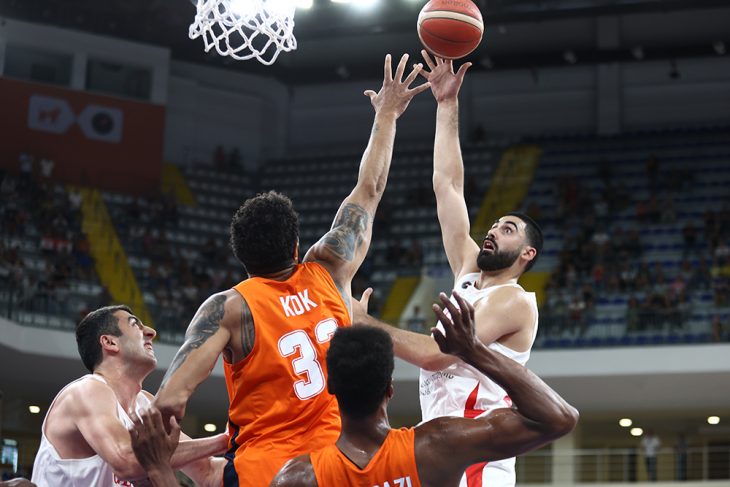 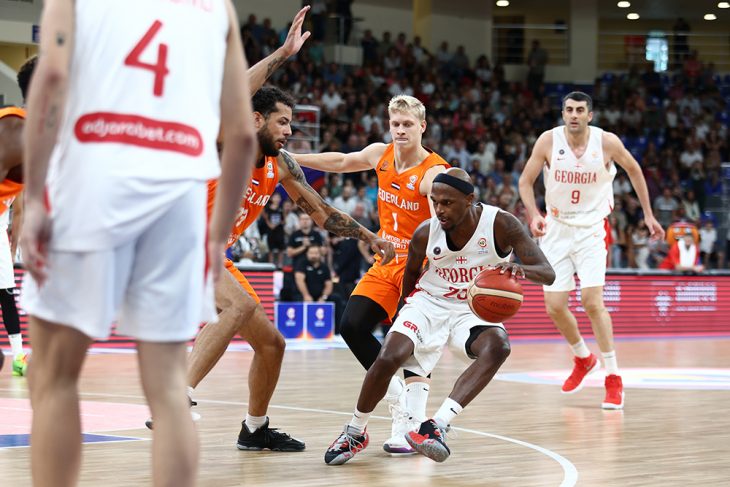 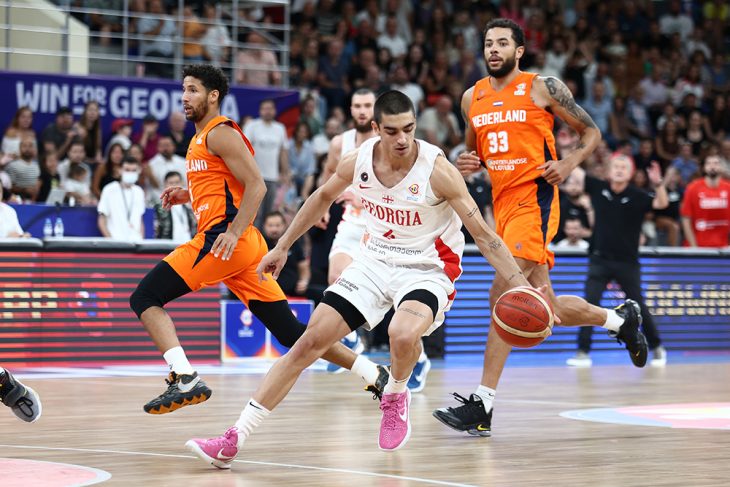